it’s been awhile since ive been on a ship. back in college my first trip was on april of 1995 when my grandfather invited me to join him on a trip to manila when he planned to buy a car from a 2nd hand dealer. i was fresh out of high school and the only university i took entrance exams for and passed was the UP. my parents and aunt encouraged me to “check it out” so my dad helped me pack a very big bag with most of my things because if i do find myself liking UP, i would go straight to enrollment and start my first semester in college.

the trip to manila took almost three days on board the negros navigation. my grandfather booked a cabin room and i snuck in and slept there with an ordinary ticket. it went well except during meals where my grandfather could eat at the designated resto for cabin and suite passengers while i had to pay for meals there because of my ticket and p80 per meal was really expensive then.

after my first semester i was excited to finally take a break and head back to mindanao. ive never been away from family this long. a friend and i purchased a tourist ticket to superferry on october 1995. we lined up at sm north to get the tickets, which were printed using a dot-marix machine and inserted into a sleeve with sharon cuneta’s face on it.

And so began my frequent trips to and fro cagayan de oro via ship. sometimes i stayed in the tourist section (air-conditioned semi private bunk bed style accommodations, sometimes with curtains) or aircon deluxe (not so private bunk bed style accomodations, sharing bed with strangers and no divisions between your bed fellow and you except for a handle bar). on occasion i took the cabin room when with friends from university but it was a tad too expensive at p2000 with meals.

i do remember riding most of the major shipping companies william lines, gothong lines, and aboitiz superferry, before the big merger and the three companies became known only as WG&A Superferry, still with sharon cuneta on the ticket sleeve. also remembered when trips to manila became faster. from 3 days, the trip from cagayan de oro to manila now took only 1.5 days!

one time while on the ship in the middle of the sea, the movie playing all over the tv screens was james cameron’s titanic. talk about irony! this was then followed by dolphy’s titanic spoof, tataynic, which was shot in a superferry boat.

i stopped taking the boat when airplane fares got cheaper as cebu pacific came into the picture and began offering promo fares, including their famous piso fare promos. id book 6 months to a year in advance for tickets in june and december and never took the boat again. 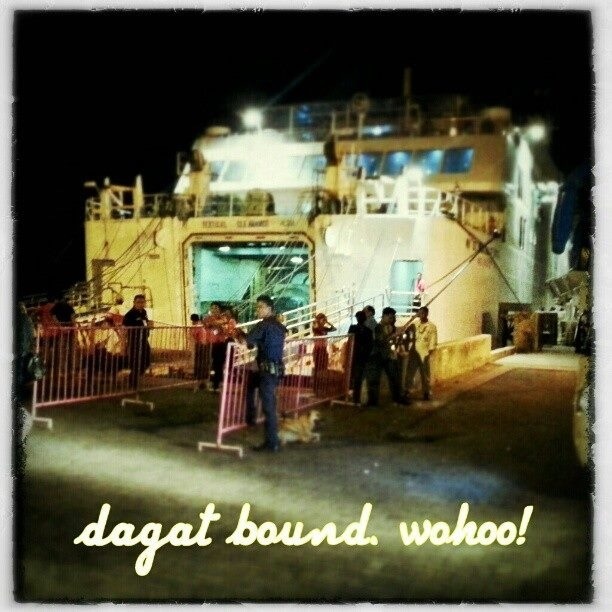 it may as well have been 10 years ago since i took the ship and i was pretty excited to join carlo in his event dressup aboard 2Go from batangas to caticlan (boracay) (on what used to be a cebu ferries boat). i learned from one of our clients that wg&a has long been gone. negros navigation has acquired the aboitiz superferry group and restructured the brand to 2go, which was originally a courier service company. the amenities and design have been upgraded. we have cable tv onboard! also ive noticed the phone network signals are better out at sea today than it was 10 years ago. i have signal! erratic yes, but signal nevertheless.

ive long invited carlo to take the boat with me to mindanao but he’s always declined. with this trip, he’s converted and maybe we might just book ourselves on 2go next time en route home 😉 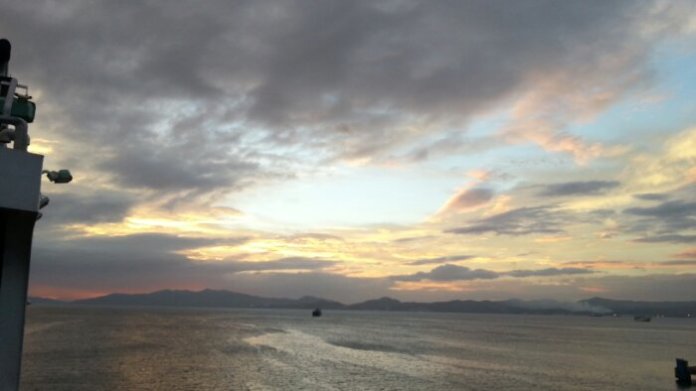