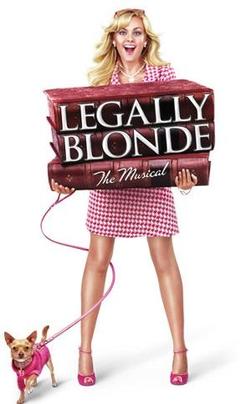 finally watched mamma mia. everybody knows abba and whether you like it or not, youre all familiar with their music. heard of the musical years back but had no idea how itd work out. all i know was that it was a hit so i was excited meryll was doing the film (exec produced by power couple tom hanks and wife rita wilson). meryll frontlined the casting of evita in the movie version (along with michelle pfeiffer) before madonna eventually got the role. everybody waited a bit before we could hear her sing her guts out in a musical.

the first part of the film was frivolous and i didnt get into the act so much. it was fun yes but may be a bit stretched. however, when it got to “voulez-vous,” to meryll’s heartwrenching rendition of “the winner takes it all” and all the way to the end, the musical was a winner. the people in the screening applauded at the end of the film (gateway LFS july 25 2008 ) and that was great. wonderful night cap playing “thank you for the music” at the credits. sweet!

had ubber fun at mogwai cubao april 2008 to reminisce the good times and celebrate egan’s photo exhibit. i unfortunately didnt make it to the exhibit (the shop was closed when i got there), i only got to the drinking hehehehe. love you guys!

despedida of tita penny and tito ramon, after enjoying a week long stay in cagayan. the dinner turned out to be a mini reunion as the seniors were in attendance. daddy ongcs and mommy lolet. tito ne and tita baby. tita leone. the bulans, esguerras, tongcos, padero rer and velez, mai mai and son paolo, johnmark, mike and zeny, dodjie and krystal (christian), katrina, and kirby with boyfriend and baby andre, ta edna borja.

so the new iPhone 3G is almost here. according to news, theyll be released 8am july 11 in the states. what about us in the 3rd world? i dunno. perhaps if you have some rich uncle in the freeworld you could ask him to send you one. unfortunately there are a few pros and cons as i just found out through yahoo.

also if you were getting the phone through AT&T (apparently they have a 5-year exclusive contract with apple to carry iPhones in the US; in the Philippines, Globe will carry iPhone 3G), there are additional charges on top of their released price of $199 and $299 per unit. so parang hindi din siya ganun ka-cheap considering youre locked in for 2 years in contract.

Will the new iPhone also be available here in the Philippines?
Yes—the iPhone 3G is “coming soon” to the Phillippines, although Apple hasn’t given a specific date yet. Here’s a complete listing of countries slated to get the iPhone.

Will this new phone work outside the U.S.?
Yes indeed—it will work on any GSM network, including those in Europe, Asia, and the Middle East.

Can you send pictures between iPhones?
The iPhone doesn’t support picture mail, a.k.a. MMS (multimedia messaging). Then again, there’s nothing stopping you from sending pictures to iPhone-toting pals via the iPhone’s email client.

Is the camera on the new iPhone gonna be as useless as on the first iPhone? What about a flash?
Apple has confirmed that the camera on the iPhone 3G is the same 2-megapixel model as on the original—and nope, there’s still no flash. Personally, I’m fine with the iPhone’s camera, and besides, the little flashes on most camera phones are too weak to appreciably improve picture quality. That said, if you hated the iPhone camera before, you’ll still hate it on the 3G version.

im hopeful for greenhills to carry the iPhone 3G as well hehehehe otherwise, id probably stick to my reliable sony ericksson until the next big phone comes along. its camera is crappy but i prefer shooting on an slr any day. then perhaps ill just get an iPod touch instead? hmmm…

carlo and i just finished watching season 2 of ugly betty. this show is amazing! i never had the chance to watch betty la fea but im aware of it, my mom and sisters watched it back then. when they released ugly betty it took me months still before i decided to sit on it. one thing that influenced me was the word going around re america ferrera’s performance. for a young actress, ferrera is flawless and totally fabulous. im familiar with her early works and to be dressed down for the tv show is no mean feat, she doesnt even look anywhere near her real self! im thrilled she won the globe and the emmy for that.

also, in the original series, betty la fea gears up for a transformation and gets the handsome boss in the end. i dont even think the US show’s direction is towards that. it loses brownie points (or gio’s deli sandwich points) if it does. a huge part of ugly betty’s charm is her independent, smart and optimistic self. she doesnt need to be any way prettier than amanda nor more fashionable than the clackers. she’s in essence the only real person in that office.

in the first few episodes of season 1, the show was way way close for comfort with the devil wears prada, from the geek-trying-to-fit-in thing, to being a fashion disaster, to a devil boss (wilhemina) and a fabulous office, down to the soundtrack (they were playing suddenly i see by kt tunstall). as the story progressed things developed beyond the film and ugly betty just got better and better. the side stories are also funny as hell! among others, there’s amanda’s search for her dad, marc’s new boyfriend, wilhelmina’s whatevers, mystique’s new body este, rebecca romijn’s tranny character, betty’s love triangle and the heartbreaking love story of hilda and santos. also, betty is a fan of WICKED ! (also the writers and producers, ergo why kristin chenowith starred in the s1 finale and betty and henry finally makes a date watching wicked with eden espinosa on broadway).

everybody has their own particular skeletons in The Closet, their own insecurities and disappointments. a lot of the characters in Ugly Betty deal with it by turning in a facade or a cold heart. betty’s a bit pinoy in her mexican sense where family is always important and values are help up despite the office politics and culture. for somebody who works in a closely similar industry, i cant help but question myself of the practices ive done and the kind of attitude i put in my work. thankfully im still in touch with a few realities. friends celebrate nightcaps, family is home, love is treasured and God is ultimate. and maybe sometimes, wearing polyester wont get you that promotion. hehehehe

the unfortunate events of the recent writers’ strike in america caused ugly betty to produce only 18 episodes. hopefully the 3rd season will feature 30 episodes hehehe

another here where they celebrate their 1st year anniversary onstage. how cool is that? i always have loved nicky and this doesnt disappoint 😀 he’s soo funny, along with trekkie monster.

i get nostalgic watching clips from avenue q. always! i remember batibot and sesame street, and rent in the 90s. unfortunately i never had the time to watch avenue q manila. i tried to schedule for the last leg before they all left for singapore but never had the time 😦 waaaa. at least i saw the local versions of rent (loved it), into the woods (didnt like their version) and miss saigon (great cast!). astig

check this performance for the royal family. they changed a lot of the words including a guy playing gary coleman, but the cuss words are retained. how’s that for censorship in front of royalty? haha