By saturday, february 9, we travelled early out of quezon city to be at the PICC by 9am for the 8th Graphika Manila, a graphic design forum similar to the format of TEDX. Pepe Diokno, our director for Above the Clouds, invited us to attend as he was part of Philippine Star Supreme, a media partner of the event.

A long line met us outside the venue and an even longer line snaked inside the humongous lobby of the PICC. This would be our first time attending Graphika Manila and the lineup of speakers got us really excited, esp with sagmeister partner jessica walsh and the post-house of game of thrones sent their guy in.

It took a rather long time for organizers to get the people inside the theater though. Some probably have been there 3 hours before the scheduled start but we only got in 45mins after 10 and the thing started after 11am.

Out of the speakers, the ones we loved were james white, a graphic designer from canada, jessica walsh, and benja,  a paper engineer also from canada. 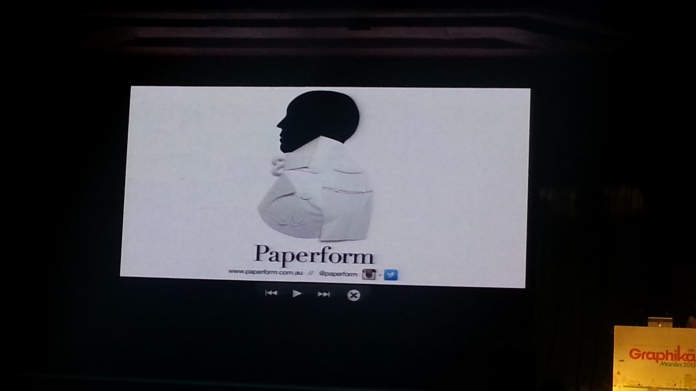 Being the first speaker, James managed to cheer up the crowd as he started. Loved that he worked from home and was a one-man team. I first thought his designs were too dated but he got really good stuff that were still influenced by 80s graphic design. He revealed he was practically my age and grew up in the 80s. Then he included a poster of the original Masters of the Universe in his slide presentation that largely left the young attendees unfazed but made us 80s kids cheer like crazy.

Jessica walsh’s presentation was something she really gave time to make. Very informative yet still very casual. Been a fan of stefan sagmeister and since i wasnt able to attend years ago when he spoke at Graphika Manila, this would be my closest at being with the design rockstar. Jessica showed photos of her work as a teenager, from college all the way to stuff done with sagmeister. She also included one of stefan and herself naked to promote their business partnership.

A running joke occurred when the 2nd set of speakers from japan, the Tofu guys, started their presentation with photos of their flag and photos of their office because james white did it with this. Every speaker after them did the same and made their own version of Tofu.

Benja, the paper engineer, was charming and his small snippets on professionalism made us cheer for him. He works with a small team and although paper folding may seem like child’s play, it just goes to show that a simple idea can go a long way.

Overall the day was well spent. Inspired to continue whatever creative work we are doing right now. When i was younger, i waxed poetic anything i did. Obviously ive stopped as i got older but if needed, im sure id find my life now pretty cool, too. And i can have vacations whenever i want. Ha!

Jm, carlo and i headed to magsaysay avenue to look for a place to have dinner and found ourselves in a kebab place. Pretty good stuff, we found it was almost like we were in mr. kebab in west ave qc just like in college. Ahh, youth.

We missed going to the art fair in makati on sunday so that was it for our artsy fartsy weekend. Looking forward to the next! 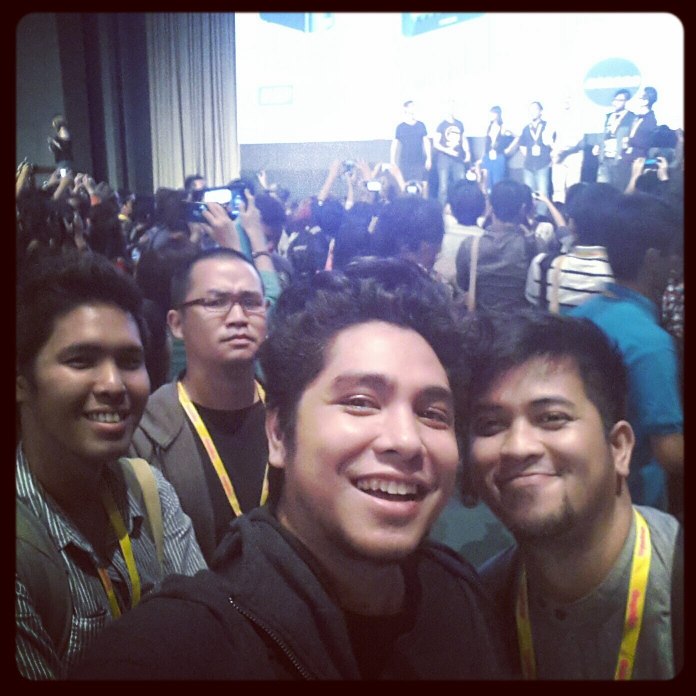