tourist mode on the streets of macau. we walked a lot in macau because there were less cars hence less pollution. the streets were clean and safe. the weather was cold and we didnt sweat. at all. everything was fascinating to look at, we just had to walk all over macau. the only time we took the cab was when we left the airport going to our hotel.

selfie at a korean cafe with a filipino waiter. it’s awesome to bump into filipinos working abroad. we then hear stories of woe and i do wish the conditions in the philippines were much better so these pinoys dont have to leave the country just to get a good paying job. 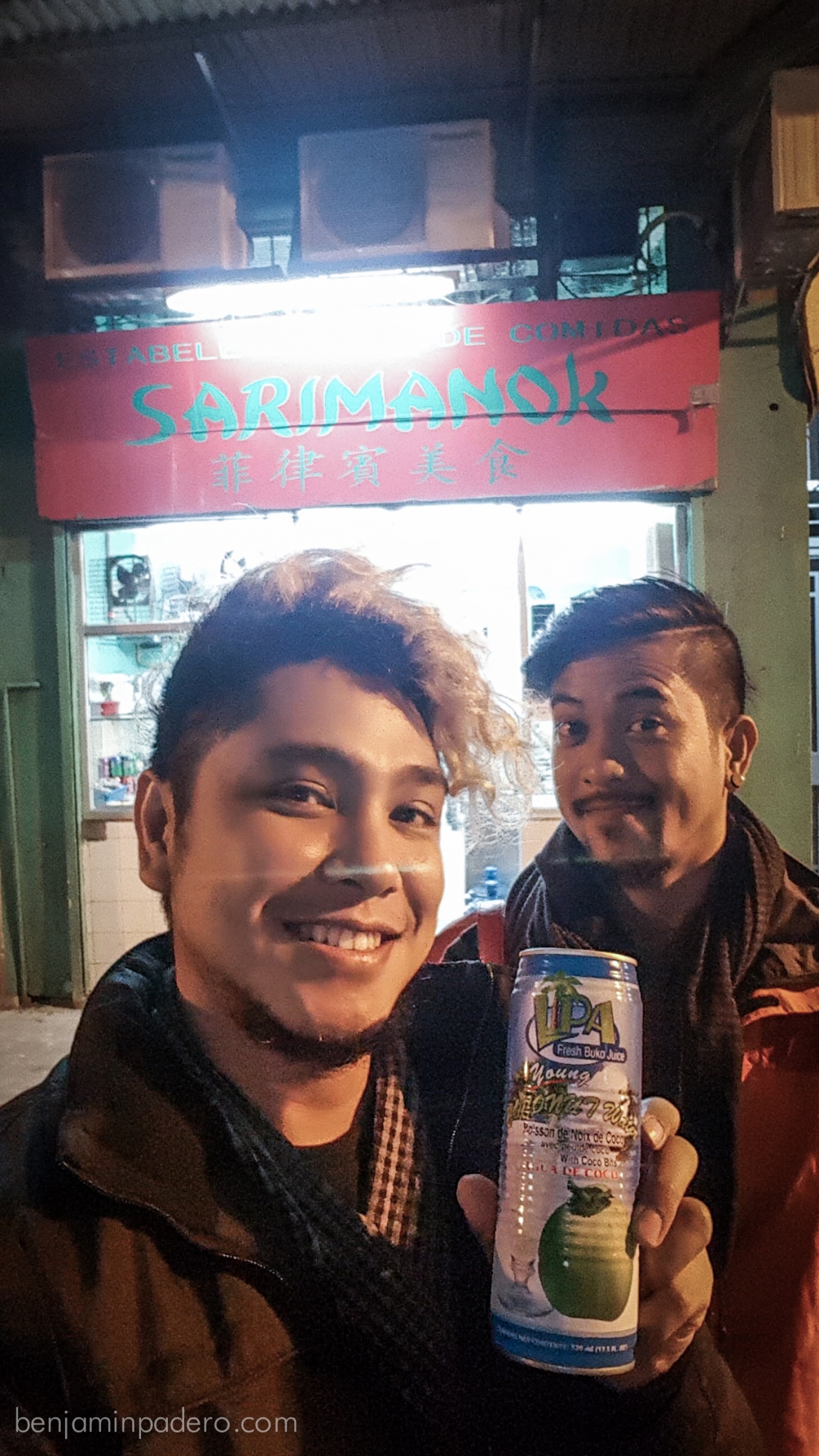 one way to ward off homesickness in a foreign land is to be in the company of pinoys. and to eat food from home. getting tired of steamed fishballs or beef brisket noodles on just the 2nd day in macau, i wanted to eat tapsilog already. good thing filipino restos  and sari sari stores were aplenty along the r. da alfandega. they ran out of tapsilog though. so i ordered the next best thing. lechon kawali.

the fake sky at the four seasons cotai shops was amazing but dizzying. dont stare while walking. the venetian canals with their gondolas line the area and a lot of them singing gondoliers were, you guessed it, filipinos. it’s hard work too. imagine rowing a boat WHILE singing opera. 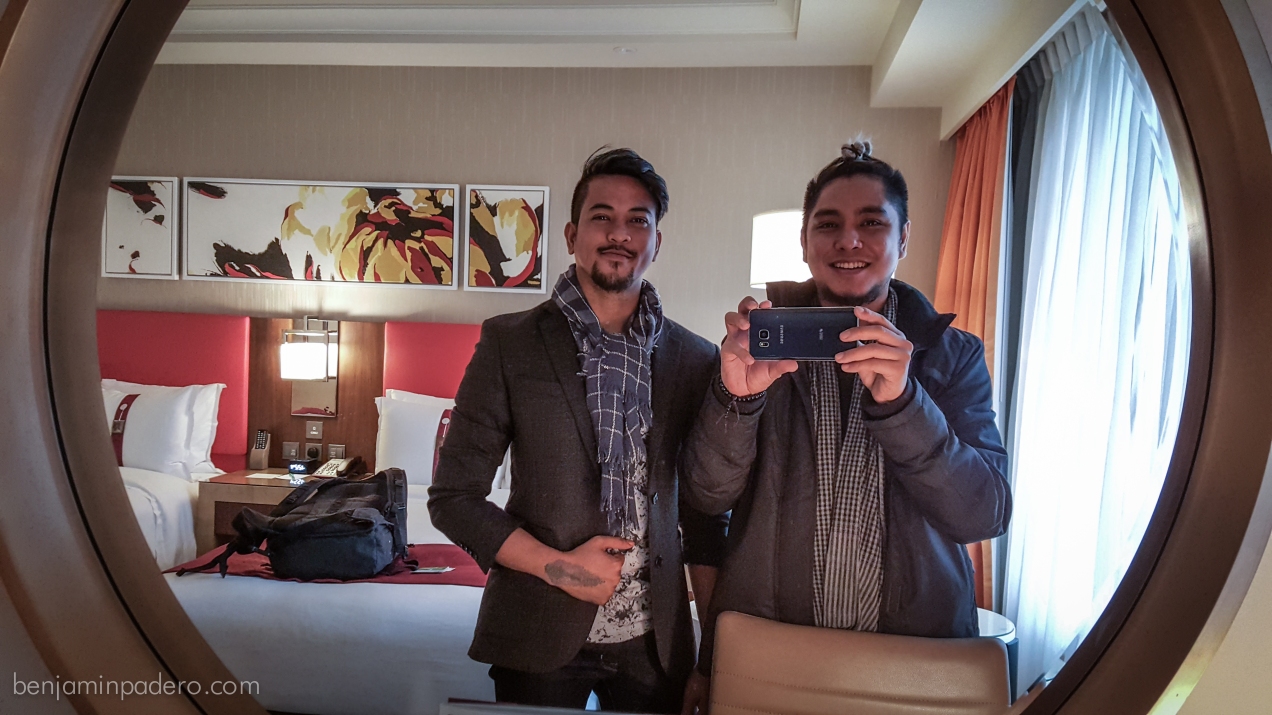 when we checked in at the holiday inn macau in central cotai, we did not know they’d give us a room on the 33rd floor! awesome view… of the next hotel building. and a view of the venetian hotel where we’d walk the red carpet the day after. woot woot! 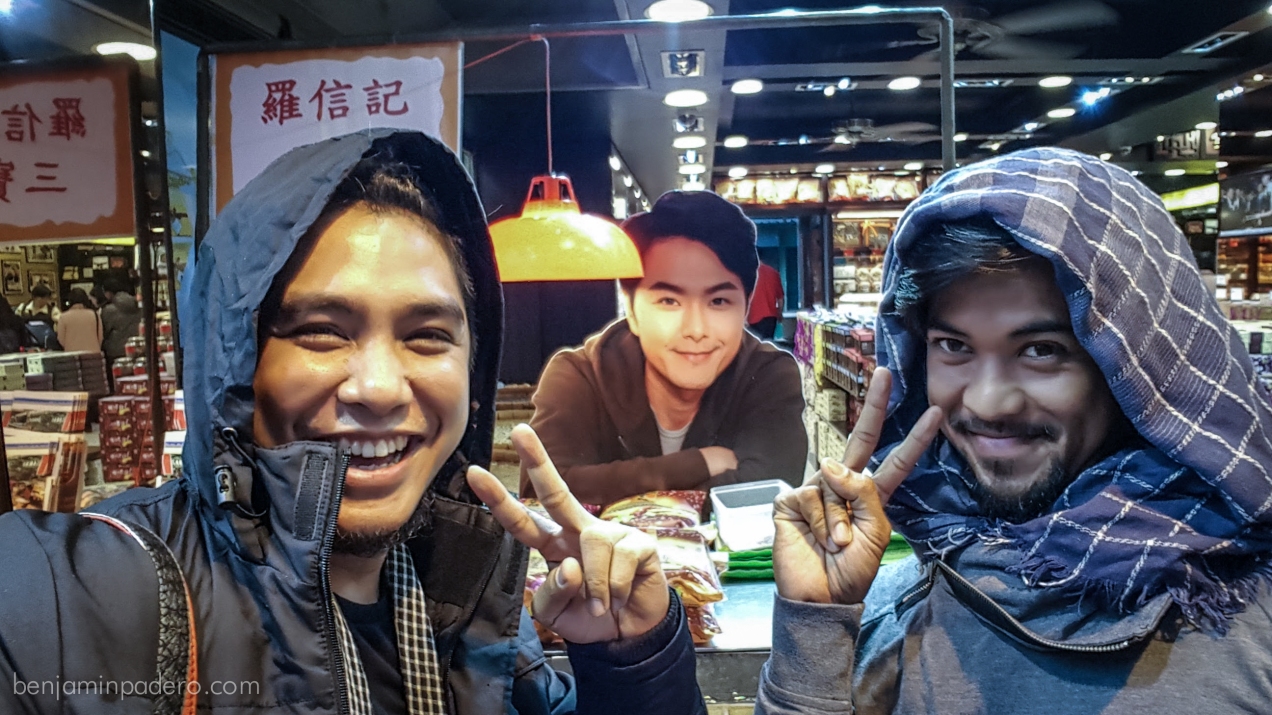 while researching for things to do in macau, i read a lot about koi kei bakery. when i saw the shop near the ruins of st. paul, i thought it was a one-shop bakery. then i saw another branch just a few stalls away. and another. and another. na-over franchise ata itong koi kei, OA lang sa dami lol