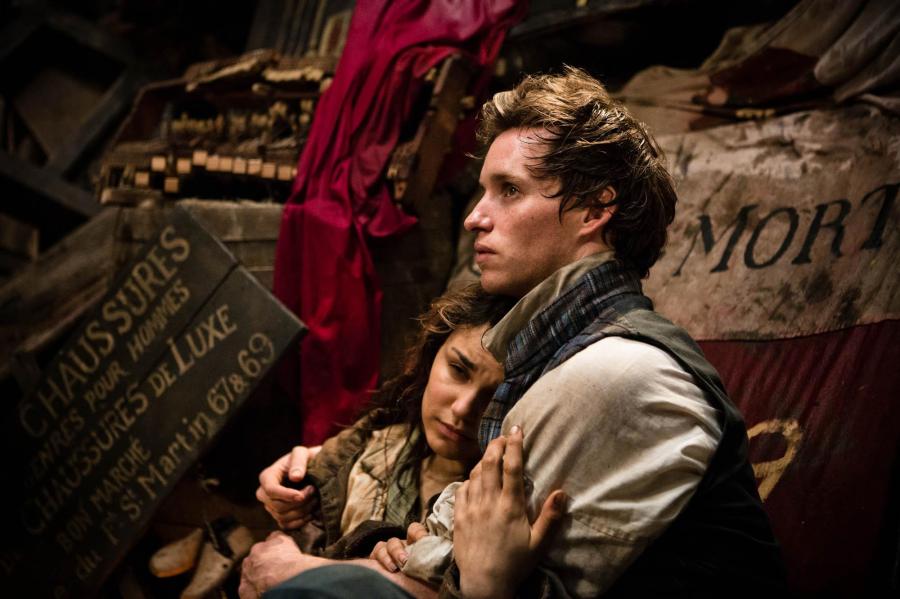 LES MISERABLES the musical the movie. we waited for this all christmas long and it’s finally here. lots of things i may or may not need to comment on. but no fun not saying them, right? the golden globes is right to grant hugh jackman and anne hathaway best actor and supporting actress respectively but i think they should have at least nominated eddie redmayne for his fantastic portrayal as marius. beautiful voice and his scene on empty chairs and empty tables alone was worth the admission price.

and they were also right to give the best director award to ben affleck and not to tom hooper if only because of his excessive use of closeups. what’s up with that? also, some of his staging in the film is too literal–the pavement shines like silver, the streets are full of strangers, rain will make the flowers grow? we get it!

anne hathaway was awesome but something about her winning reaps of accolades and awards may have hampered my appreciation for the performance. same thing happened with jennifer hudson’s effie white. when she got to “and im telling you, im not going,” i expected to cry buckets and i didnt. shame.

the design was awesome, the textures reminded me of perfume: the story of a murderer where you could smell the streets of paris. even that little detail of dirt on marius’s rump when valjean carries him off into the sewer is just awesome. but i hate that painted eye in the optical shop signage by the barricade. you didnt see it? it was the “eye” of God (bring him home scene)

the weakness of the film may be due to the nature of the musical as a stage production. the transitions could be much smoother, story telling wise, and despite this being an adaptation of the musical, they could have added a bit more score in between scenes.

having said that, i forgive russel crowe’s singing voice because he did try his best and his acting was still effective. i love the 2nd half of the movie when marius and enjolras started plotting out the futile rebellion. i love the new song that fleshes out valjean’s purpose in life. i love samantha barks here because i hated her in the 25th anniv concert. i love the young cosette and i love gavroche. kudos to sasha baron cohen and the typecasted but lovable helena bonham carter. and it’s awesome to give love to colm wilkinson, who passes the candlesticks to the new valjean.

i am aware of hugh jackman’s singing prowess and despite him not being a natural tenor, he owned this and more. the imperfections of live singing created so much more depth in his performance that i wish he could have a breather of space in his camera framing to make it perfect. still awesome!

dont get me wrong though. i was trying my best not to belt out enjolras’s parts lest i earn the ire of my fellow theatergoers. at the end of the day, i still love this musical. the movie is imperfect but i will still watch this adaptation again and again and again. and in a year’s time, i will love this movie more than i did today.