looked forward to watching some movies in last year’s mmff mainly because i was involved in one of them. then because some of my friends were involved in other films too. our views can get biased but i could also be rather honest. here’s my two cents’ worth. dont worry, di ako mataas magscore talaga. lol. 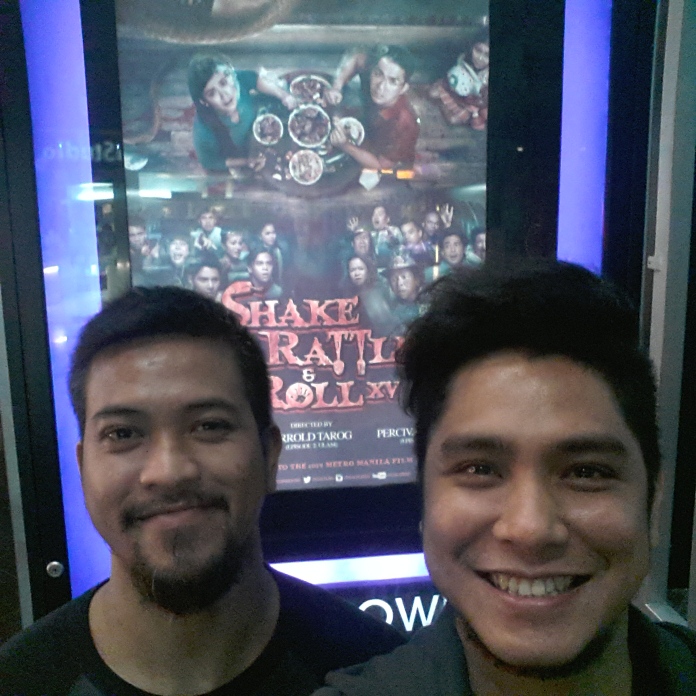 casting wise, erich gonzales made a pretty ahas. in parts i liked her acting but i didnt like her swaying motions. the ahas design was good and i especially liked when dad ariel was holding the baby ahas in his arms. i didnt catch if alice dixon died or left the family, generally i just thought she was underused. i wished they could have shot in a better looking mall. i liked the cg statue. the set design of the ahas lair was pretty well made. this was one movie this year that referenced gollum’s schizofreakazoid conversations with himself. the other was kubot. writing for this could have been better actually. least favorite of the three. score 2/5

this was the episode we were involved in. jerrold tarog directed his script written with zig marasigan. mackie galvez shot the movie with me as production designer, carlo working on costumes, and carmen on makeup and prosthetics. technically very well made and well-fleshed out script. editing was well paced and color grading was pretty and spot on. im impressed how tight dennis and carla’s performances were in the film. chanda was lovely to work with and extraordinary onscreen. i asked her to not put makeup on, i felt it would help her character. carlo built the aling lina look out of her dusters and aprons. i always hated lengthy climactic expositions. for someone who have read the script before, despite how well made it came out, i take off 1 brownie point. i love you, guys 😉 an epilogue was shot but was taken out of the final cut. also, if this was lined up as the 3rd episode, SRRXV would have been a better movie. score 3.5/5

i loved this episode, especially because they were able to shoot in a plane. there wouldnt really be a point shooting this material if they werent able to get that location! from the get-go, from the minute joy viado stepped into frame i got it this was a cray cray episode and i enjoyed it. silly and no logic whatsoever. you just had to enjoy it. the epilogue was totally unnecessary (SPOILER: -may isospoil pa ba ang formula films?- when rocky salumbides as a halimaw appears at the end) hence the score 3.5/5

overall, SRRXV was a surprise because i enjoyed it. and writing this “review” article is already getting me bored. moving on. 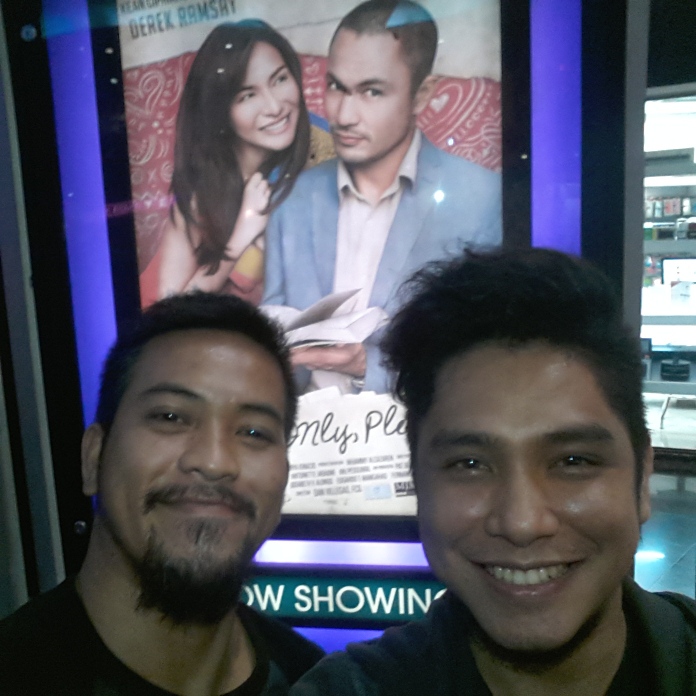 this was a real crowd pleaser. there were also a lot of people behind this film that are friends. i know tonette jadaone from college because she submitted a short film to our film festival competition thing at UP. i used to call her, “jada-one,” (referenced to padawans from star wars, whatever). this is a romcom but it broke all sorts of romcom formulas and although you know how it would probably end, you just smile through the movie and marvel at derek’s broad shoulders. ok, also jennylyn’s porselana skin. the writing is particularly smart and maybe it can still do a little more tweaking but it’s almost perfect. im not sure if derek should have won best actor but he was better than robin in bonifacio. sorry, robin. on hindsight, i applaud derek ramsay’s subtle acting as a fil-am business guy taking a 30 day off vacay to forget his girlfriend by flying to the philippines and hoped to blow her off with tagalog. and not sweating at all in humid weather. tonette, ano to? lol. but his accent was just right and his abs rounded it off for a rather convincing performance. whut? jennylyn was awesome in this movie. she was disarmingly cute and still smart despite being tanga in love. the design was very colorful but on another note, it looked too much like a star cinema movie and im not sure if they were aiming to be that or not. nevertheless, the design could have helped define characters more than just putting pretty colors everywhere. i am in awe that this production got to shoot in an actual SM mall. im so jealous haha generally, all the awards this film got was well deserved. score: 4/5 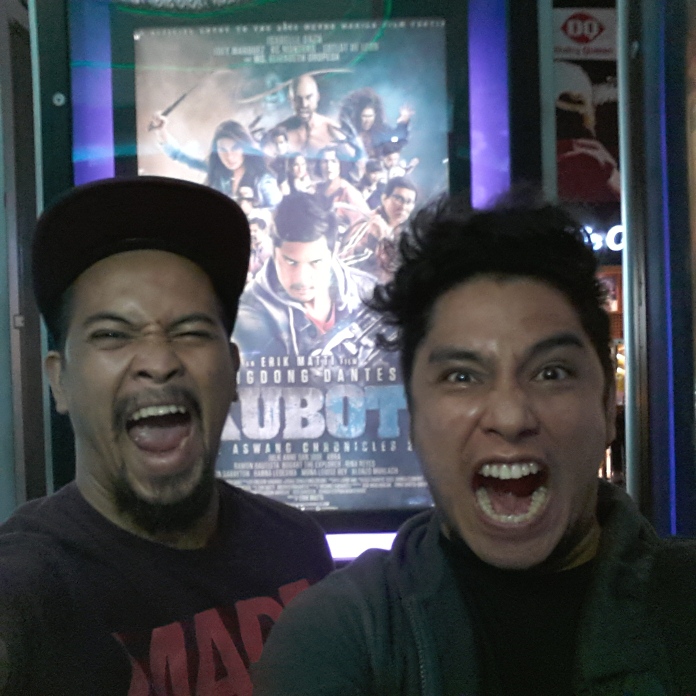 this i looked forward to. worked on the first movie (tiktik aswang chronicles) as designer alongside peter colias (scenic designer for moulin rouge, the matrix and whatnot). this sequel went much more crazy than the first one and it was awesome. maybe the movie could have been edited a tad bit shorter and that factory sequence a bit tighter but overall it was all fun. the concept on the design was awesome. it doesnt make sense that the roof of a hut on a building’s rooftop would be made with window blinds but it worked. that gorgeous opening scene was something out of ridley scott’s prometheus! but as wonderful as the design on the kubot clan were, i was kinda perplexed on the too subtle differences the character design were for the remaining aswang clans. nevertheless, isabel looked awesome and id love to have her home’s curtains! lotlot was outstanding in this movie. congrats direk erik! kudos to ericson navarro and his art department for wining best pd and makeup, and the naked dave yu (naked in that factory scene; some things you can never unsee hahaha) for best visual effects. deserving win as well. score: 3.5/5 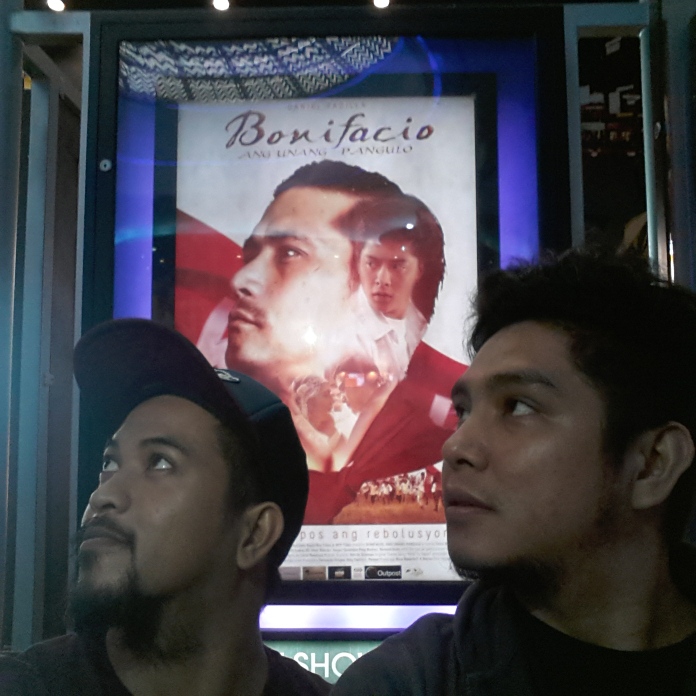 technically this was the movie i saw first but posting last because of the picture above. lol. this movie had a lot of potential to be truly awesome. gorgeous sweeping shots, soaring orchestrations, the works. yet, sometimes, nothing can mask a rather weak script. one thing i thought of after the movie ended was that, that was it? yun lang ba dinaanan ni bonifacio sa buhay niya? it felt rather thin. and those present day sequences were unnecessary. early on in the movie, i loved the musical score. however, towards the end i started sensing a familiar motiff and then it hit me. the da vinci code! even the katipunan museum “steadicam” shot was reminiscent of that camera swoop through the louvre. nevertheless, i know von de guzman along with wildsound deserved their best music and sound design wins. special mention to carlo mendoza winning for cinematography, enhancing roy lachica’s wonderful sets. vina morales could have easily won best actress for this, i have to admit. her scenes were heartbreaking. robin, however well-intentioned, remained robin padilla, not andres bonifacio. i have to say, the controversy raised by this production was rather awkward and embarrassing. huwag na pagpilitan ang mga bagay na di naman para sa inyo. i feel tama ang pagbigay ng lahat ng mga awards this year. besides, bonifacio already reaped most of the awards. be content. honestly, because of this sourgraping, i was turned off a lot by this movie. hayy. back to regular programming. ay tapos na pala. score 2.5/5

so durr. carlo has a lot more to add but he might as well write another blog about it. i might just catch the amazing praybeyt benjamin on tv soon enough. feng shui 2 as well. i enjoyed the first one. just a sad reality (though nothing serious) for the mmff to be more of a sequel festival than showcasing original material. if the new template would be ENGLISH ONLY PLEASE, then im hoping next year wala nang sequels/prequels or rehashed formula films. dapat original material lahat. but dont hold your breath. asa ka pa. 😉 ok, quiet na ako. cheers and have a happy new year.

ps. at centrio mall in cagayan de oro, movie tickets cost only P151. that’s watching in an ayala mall cinema with awesome sound and seats! gateway cubao tickets cost us P231 per head. cinemas 6 and 7 (where srr and kubot were shown) was a much more smaller theater but had a great projector (a bit cropped though), crystal clear and bright image projection, and awesome sound system. cinema 1 (where EOP) was rather bad: dull colors, sound not as good as the other cinemas.