“please watch all kubrick, lynch, finch, fincher, ridley scott movies so you dont have to catch up when you’re 32 #tweetyour16yearoldself”

a trend on twitter ran last week about tweeting your 16 year old self. the tweets ranged from warnings on your current flame (@jiritajackson Stop waiting for your first kiss because your boyfriend is gayer than springtime) to what the lotto winning numbers are today (@ejpadero GrandLotto 6/55 winning combination for the 2010-Nov-3 draw is 43-20-05-37-13-06).

most of my tweets are telling my old self to continue dreaming because they will all come true. at least, most of them. i was in 3rd year high school when i was 16. i remember dreaming of directing films then. but in 1993 the internet was in its infancy and our computers ran on windows 3.1 with green crt monitors. my access to art films and world cinema was zero. i would read up on some films that never saw the light of day in mindanao. it would actually take me 5 years or more before i could get my hands on these. there were film festivals hosted by embassies but i they were in far-off makati. it was only in the advent of piracy (vcds, late 90s) and quiapo dvds (2000) that i fully satisfied my thirst for non-hollywood fare. it was really educational and inspiring.

but i realized i also did not watch everything that i could actually get my hands on to, like kubrick’s barry lyndon or dr. strangelove, the 90s indie hit sex, lies and videotape, twin peaks or eraserhead and so on. should have watched them when i actually had time to do so.

be inspired by their works. learn from them, feed on them, then find your own self.

and believe me when i tell you you will meet and direct ricky davao and susan africa in college, work with cesar hernando, tikoy aguiluz and this new director, brillante mendoza. doors will open for you and as long as you stay true to yourself, things will get better. 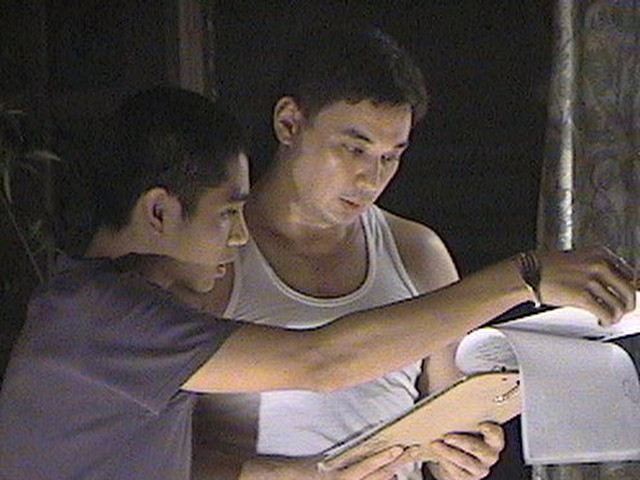 the list is long and the history wide, but believe me you’ll have more time watching these movies while in school. good luck, 16 year old self, and ill see you at the oscars 😉