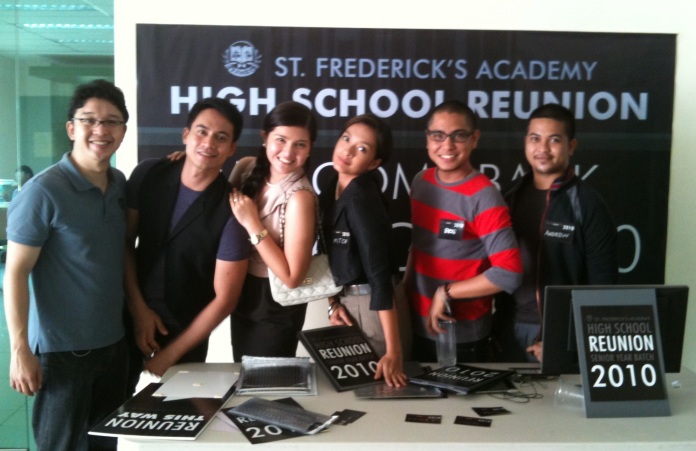 the film SENIOR YEAR that we shot last may is rated A by the cinema evaluation board! that means it gets a 100% tax rebate when it is shown in local theaters. im posting below the full review of the board lifted from director jerrold tarog’s tumblr.  furthermore, SENIOR YEAR is one of the independent features to be screened during this december’s MMFF (metro manila film festival).  that means two of the films i worked on as production designer is featured in that festival (shake rattle and roll XII and senior year). wohoo! have a merry christmas!

Film Development Council of the Philippines
CINEMA EVALUATION BOARD

“Because of its imaginative, insightful and well-paced direction, intriguing characters and story structure, the film merits a clear `A.’” The film is “very, very good! It is simple and honest” like the graduation speech of the valedictorian, the film is not pretentious, nor over-reaching but just sincere in its quiet little space and in its intention and execution.

Of course, most of the credit goes to Director Jerrold Tarog who also wrote and edited the film; Tarog is also responsible for the overall sound design. His direction is called “superb as he has great mastery of his subject with effortless handling of his actors.”

The script is “well structured with praiseworthy attention to characters and with admirable avoidance of artistic pretensions.” A reviewer also commented that the “dialogue and characters are very natural.”

“The film captures the essence and vagaries of high school life and gives a taste of what may happen 12 – 14 years later.” Furthermore, the “screenplay captures the spirit and fun of the senior year” as well as the uncertainty and fears that are up ahead in college.

There are the usual nerds and wannabes, the usual bullies and their victims and the latter’s defenders. They are not portrayed as obligatory stereotypes though and this is what makes the seniors in the film interesting and endearing. Their back/home stories also vividly show the milieu the seniors are forced to sink or swim in. There are the heartbreaks from teen-age break-ups, college rejections and intram defeats and there are also successful physical and emotional make-overs. There are teachers who inspire and challenge and there are classmates who support and encourage but sometimes infuriate and meddle. The kids may not be as attractive or as airbrushed as the Glee cheerleaders; they are just the pimply, gangly and giddy teen-agers in the real world.

The editing is “sharp and competent as well as brisk and disciplined” though a couple of reviewers suggested a pruning of some scenes. Except for some scenes (the blurry footage from the actual intrams), the cinematography is considered “sharp and admirably controlled.”

The production design is “compatible with the theme and period covered.” The great attention to detail” is noted and praised.

“The music, like the other elements of the film, is both understated and worth listening to.” One CEB member says that the “musical score is provocative and aids in the plot development very well.”

Finally, it is the non-acting of the young non-actors that is the crowning glory of the film. The film boasts of “impressive, excellent and memorable repertory performances.” The performers are “natural, fresh, truthful and honest.”  “Together with the professional actors who portray the teachers, the students provide a palpable sense of reality.”

To sum up, the following are some concluding comments from the Board:

“Congratulations for a very well-crafted film.”

“Snatches of high school life become a colorful tapestry of young lives at the brink of adulthood and the Director succeeds in conveying this essence to the screen.”

“Kudos should go Tarog and his young producer. Their film is a quiet but impressive feat.”