this was my first time to work with pokwang and she was very nice, even ordered lechon all the way from cebu (sabrosa) for the staff and crew. the costumes were care of ien beltran, a stylist friend who worked with us in brillante mendoza’s up coming movie, prey.  in saying this, im glad i only had to do props and set here because we only had about 2 days to prepare.  doing the costumes with everything else would have been crazy so im glad they got ien to handle all of costuming.  jeorge agcaoili was directing and so i had the privilege to work with him and the fun people at provil again. 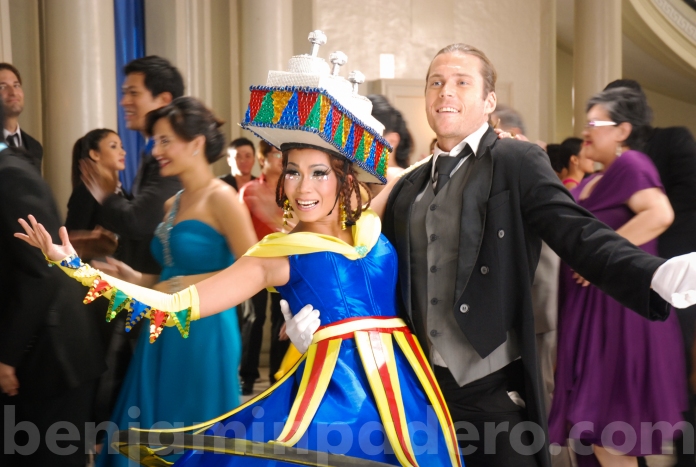 originally the director’s board featured a dark banquet hall and we decided to push the style a bit. i pulled inspiration from black swan’s production design.  i liked the woods backdrop in the dance hall and the modern design in the ballet director’s house (not pictured here– i dont normally put everything out in the pegs presentation because sometimes it doesnt work, and when it does it becomes a pleasant surprise)

wanted black, white and glass in the design with elements of twigs and small flowers.

however, we were later on informed that client wanted french or victorian so we had to drop black swan and went for something traditional.  although i loved my original design, i had to go with the higher echelons so i compromised and gave them this new set of pegs. 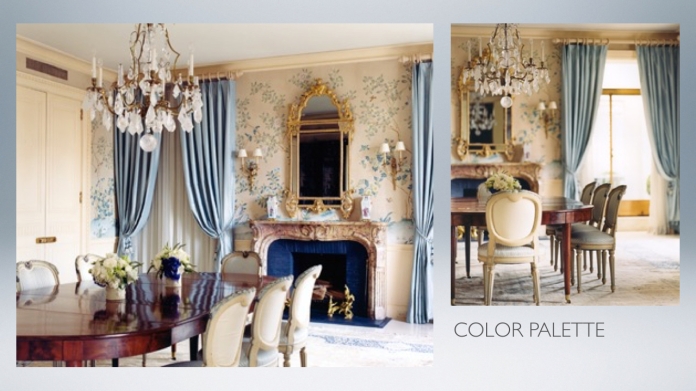 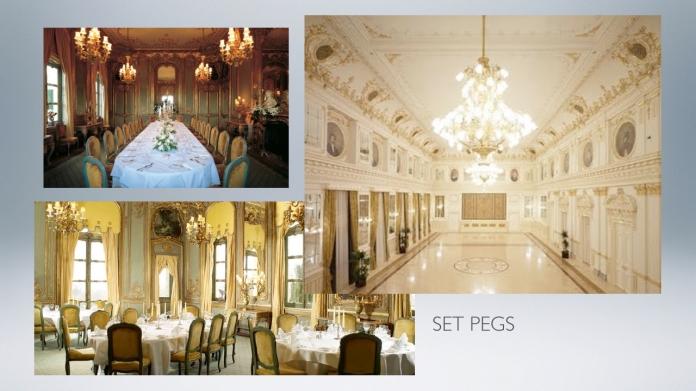 we eventually went on to shoot at the national museum, which was gorgeous!  it of course helped that the museum lobby already was designed with corinthian columns and beautiful relief so all i brought in were chandeliers and wall sconces, and installed victorian paintings and draperies to complete the design.

we still injected a bit of the twigs we liked in the black swan set though. silver candlestick holders, silver brocade table runners and all that jazz made for a beautifully set table.  art directing this spread is carlo tabije, who did an amazing job martha stewart would be proud!

the neo-classical building is in a major state of repair and renovation and im so glad they are doing that. we have so much beautiful architecture in the philippines but government does not think highly of these old buildings so they are left to rot and decay.  i am genuinely thrilled for work being done on buildings like the luneta hotel and this national museum structure. this building used to house the senate. 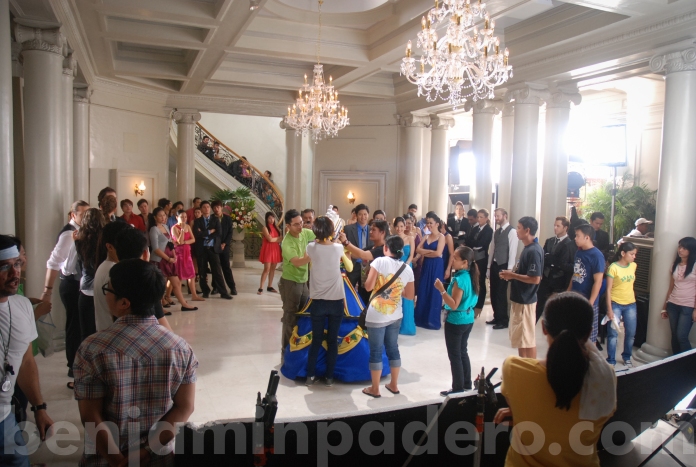 on the 3rd floor, we came into this room, still under repair.  apparently in previous years they installed a concrete floor that separated this 3rd and 4th levels, thereby cutting the old senate hall into two. que horror!  now, they’ve removed the stupid floor and restoring it to its former glory. when i came in, i could not help but weep at how beautiful this space was. the philippine art nouveau relief work here was absolutely gorgeous.

we also constructed a humongous gate on the plaza of luneta park. we couldnt afford the time traveling to another location in laguna just to shoot this entrance so we constructed the gate near the national museum practically overnight.  and with additional CG elements in post work, this gate looked amazing.

when pokwang finished her scenes, we later found out we might need to shoot the dress on a few additional scenes. so we got our artdep staff, kitch, to wear the dress. of course we had to do a pictorial! 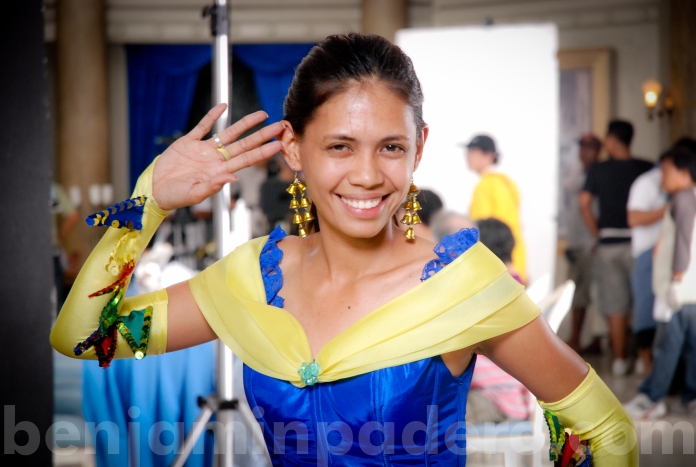