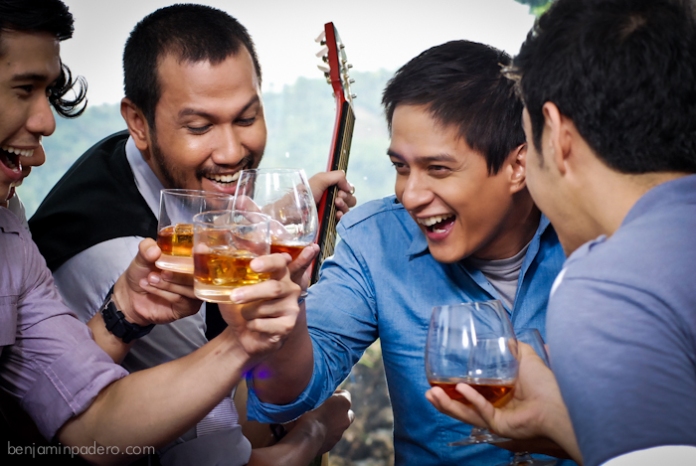 shot the new emperador light tv ad with erik matti as director and featuring celebrity endorser ryan agoncillo and singer johnoy danao.  gawin mong light, goes this lovely ditty penned by johnoy. previously, my less than 6 degrees of separation from him is due to jerrold tarog’s high school fare, senior year, where johnoy’s music is featured.  thrilled to have worked with him, albeit now up close.

the set design was relatively easy to accomplish as i had my showroom favorites i wanted to feature in this tvc.  my pegs and design werent far off from what i eventually got for the shoot  🙂  here’s the location (below) in tagaytay.  apparently, manny pacquiao shot scenes for his wapakman movie here previously. 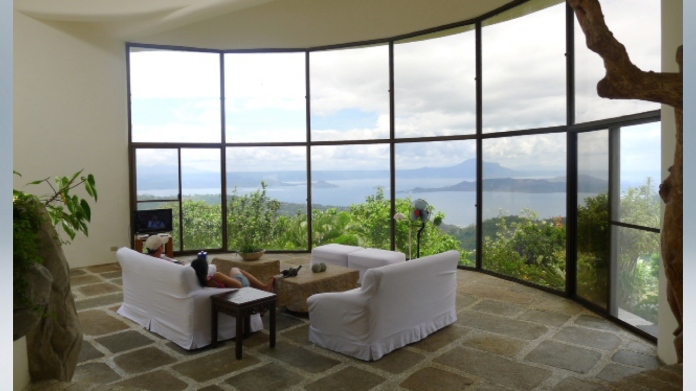 presented these pegs (below) to agency.  we were trying to make an eclectic mix of modern and pinoy furniture, like a butaka, but i later thought it didnt gel with the rest. what we retained though was the round synthetic abaca daybed, which i decided to put in another area of the room.

here’s the setup during the shoot. direk loved the black lounge chair (retailed for around 60K).  i did too and wished i could keep it. the cream colored accent chair at the far end of the room was worth 55K.  some items i pulled out from the prod house props room and office because i was running out of fund.  the stone center table was permanent (we werent allowed to move it) so we put on a tempered glass top and viola, coffeetable! 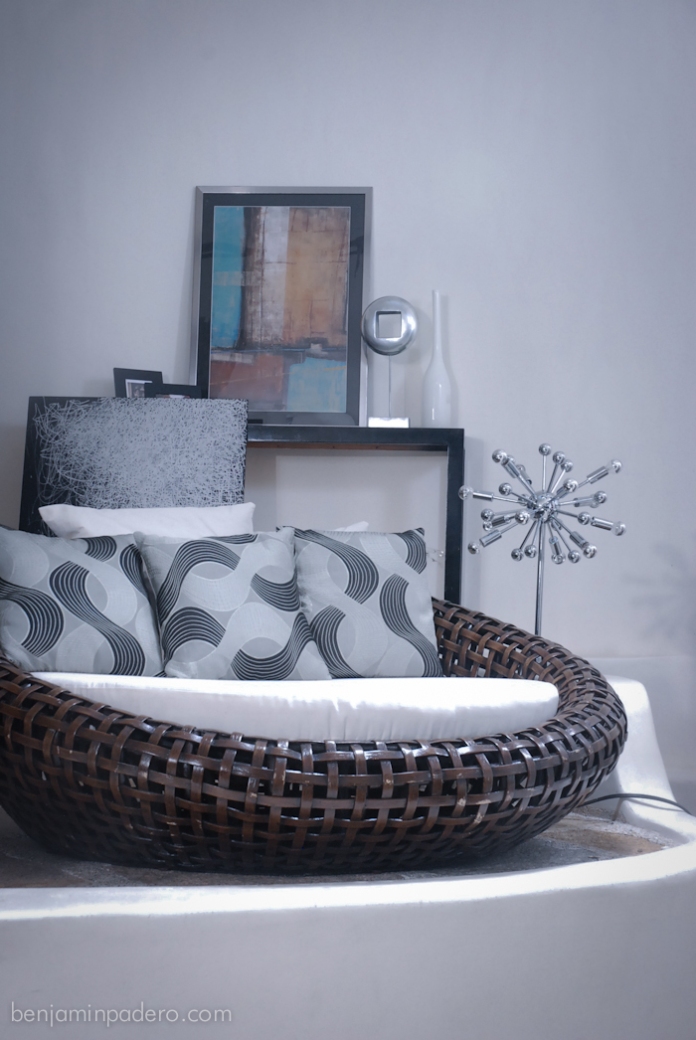 the costumes were tricky because there were so many considerations.  costumes should be detailed enough, starched and crisp but still comfortable and evoking an after-office feel without looking lousy. and in so many tv commercials, we have to work around contradicting ideas and thankfully enough, we manage to pull through every time.  below was the first pass of costumes during our initial fitting (when we were going for a more relaxed look).  obviously a lot changed by the time we got to the shoot.

two more presentations later and here we are in a totally different look for most of the actors.  only johnoy’s costume was basically retained from initial fitting (plus a tie).  first time we worked with this client and they were happy with the results.  as long as agency and client is happy, i am happy too  🙂  kaya as it always turns out, gawin mong light.

ps. my sister ana has had a long time crush on ryan so i had to get this picture taken  🙂  wohoo!