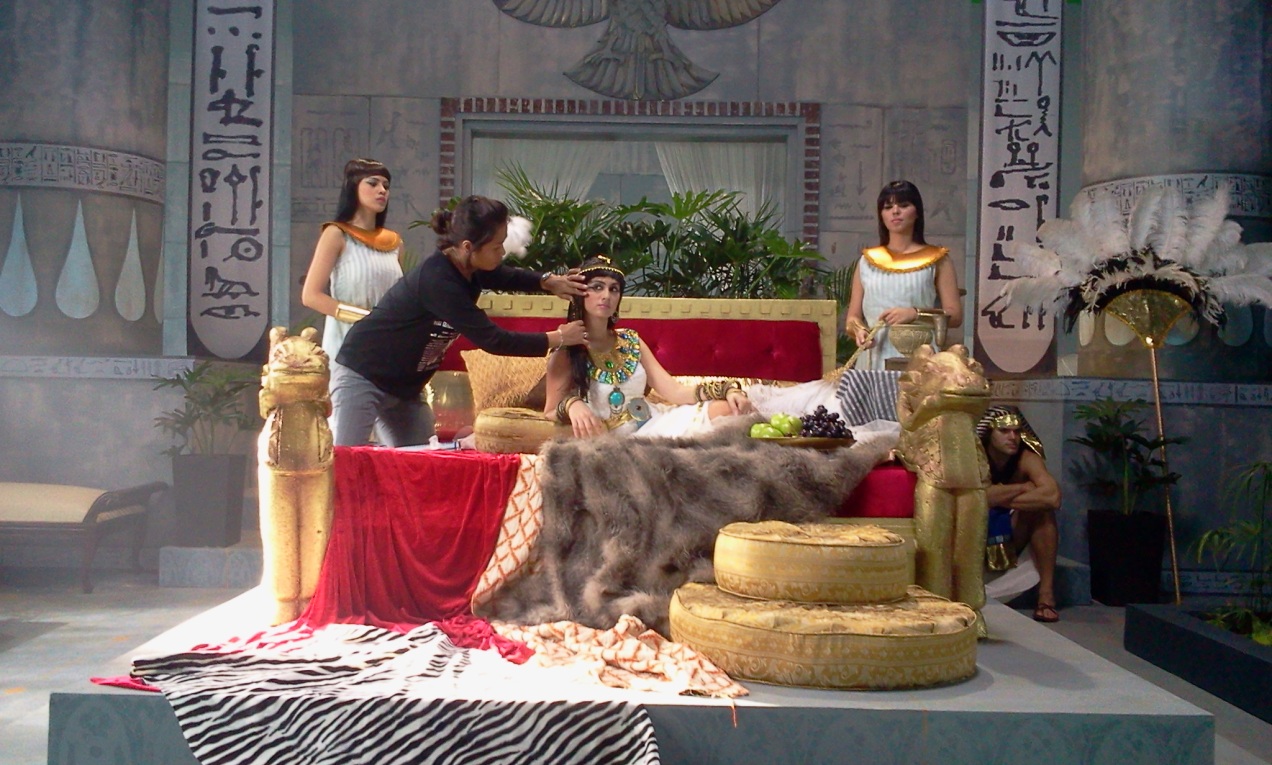 havent blogged anything in a long time so whatevs, i always say that haha

anyway, we shot this eq diapers commercial last year following the story of cleopatra and two of her visitors, an arabian prince and a lowly hebrew woman. loved this shoot. the costumed dramas for eq diapers have become a series of some sort, starting with sonia two years ago, a mix of grecian, elizabethan and gothic influences. the next ad, solomon, i wasnt able to work on because i think i was doing a film then. the third ad in the series would be this one, shot in december last year but only aired in february of this year. posting pics from concept to final output.

drew inspiration from classical paintings of cleopatra and egypt. 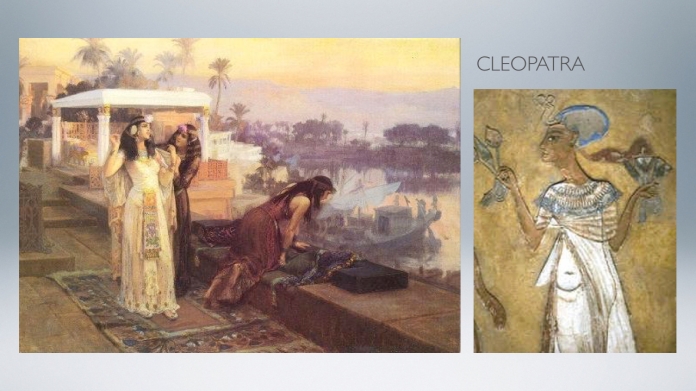 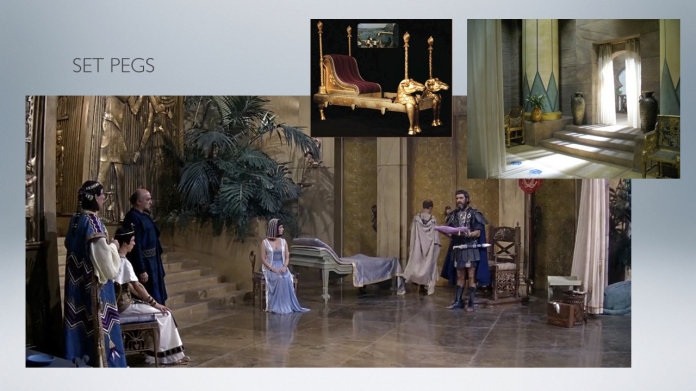 some of these pegs came from the director, mike alcazaren, and im not familiar with what television series they came from. 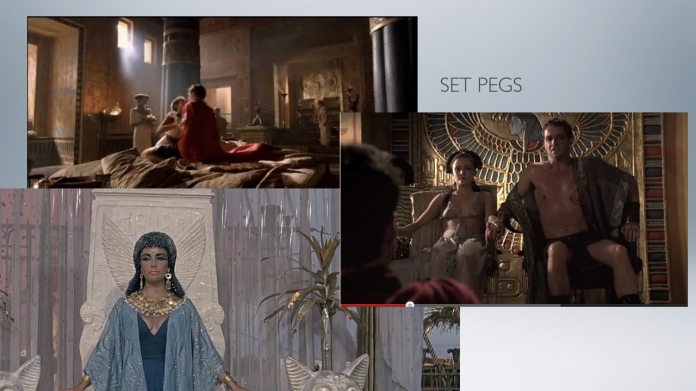 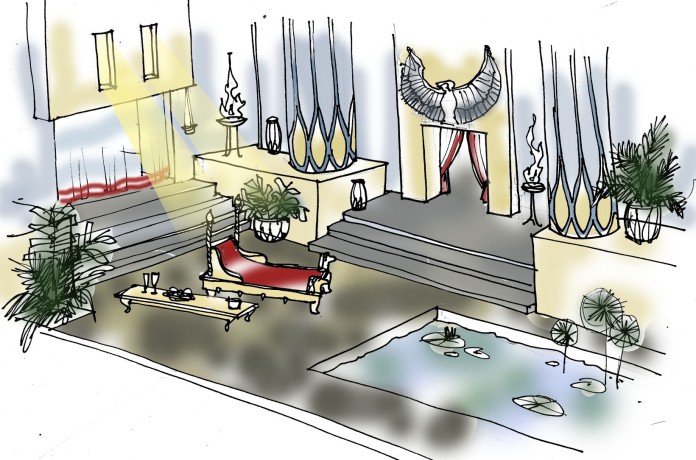 revised set design. the raised platform with pool would be too expensive to construct so i created two separate pool units instead. always wanted to do a set with water again. it’s been a long time haha 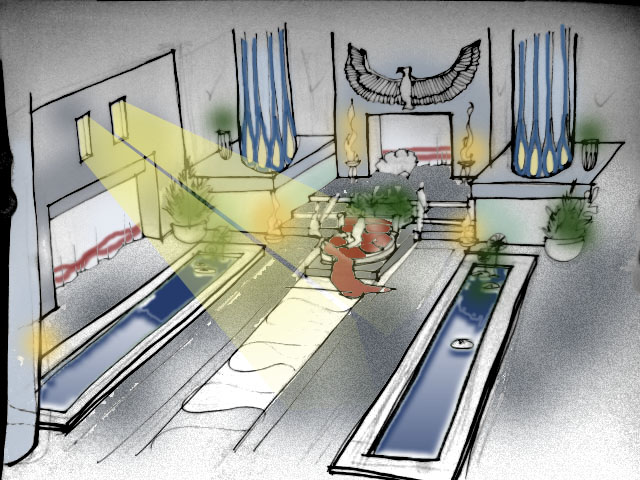 construction plans in chamba perspective (to produce a drawn perspective without use of rulers and no actual measurements of vanishing points) with measurements for my builders (called setmen). in architecture school, we learned to work in the metric system. when i started working on film, i had to adjust when the setmen told me they worked in feet because materials in the philippines were cut in feet and inches. it actually makes sense. why measure out 2.4384 meters for a panel when you can just say 8 feet? 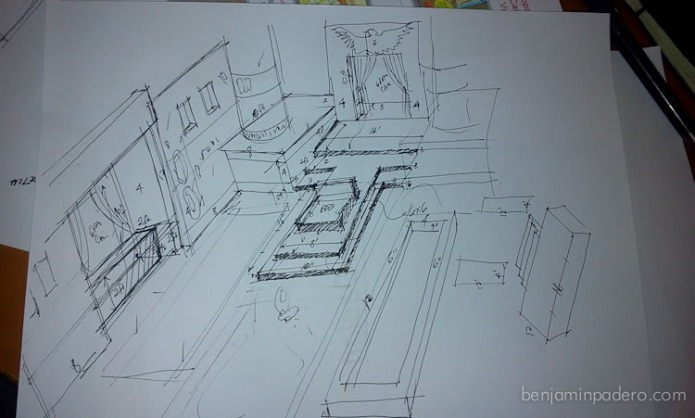 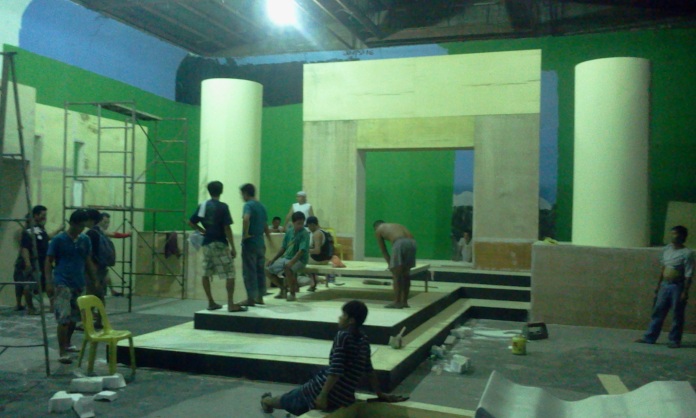 day before the shoot. things looking much better but the texturing is still in the works. had my guys cut out stencils out of styrofoam of various egyptian hieroglyphs and motifs to work on all the walls. 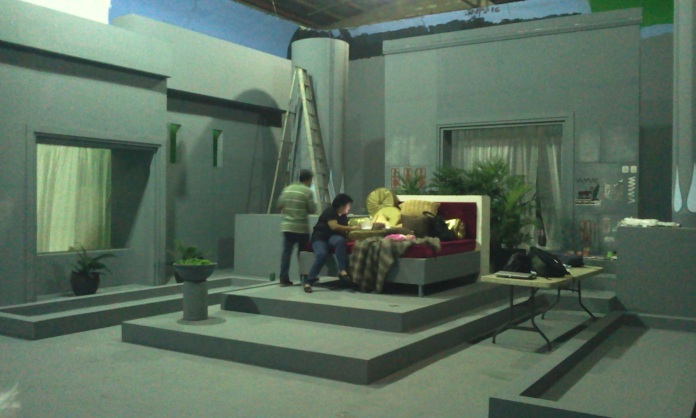 morning of the shoot day. the dressed up set looked awesome! dont mind the nazi bird though, some things still do get lost in translation. 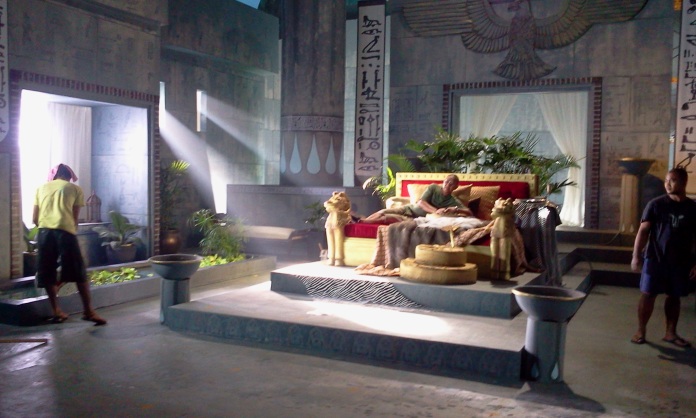 fire! that’s me on the left side of the bed doing last minute adjustments to my plants. haha 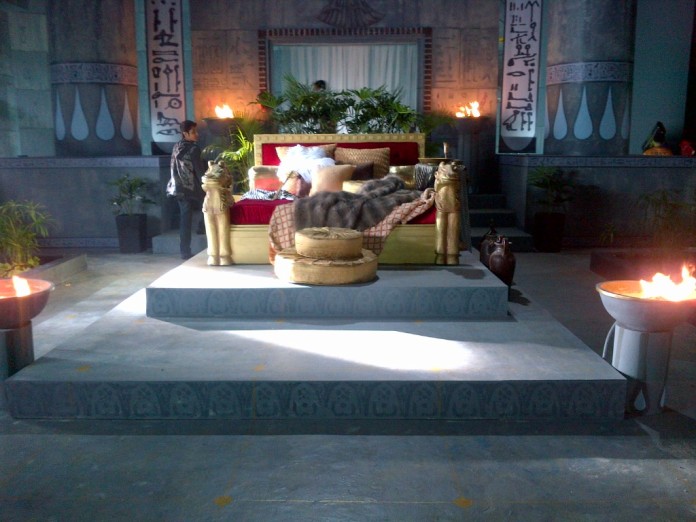 actors in. this is a screen cap of the graded footage. 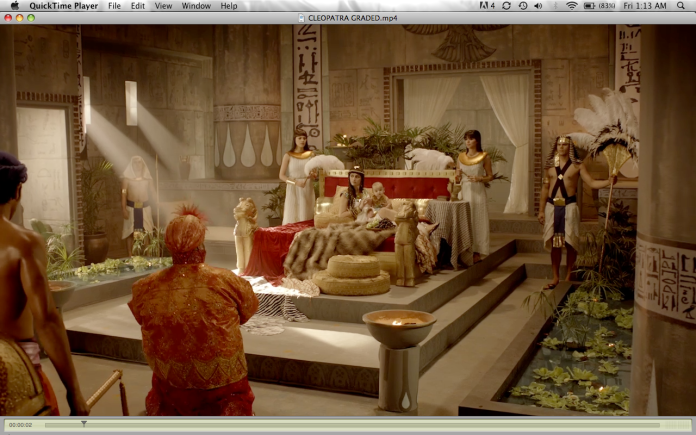 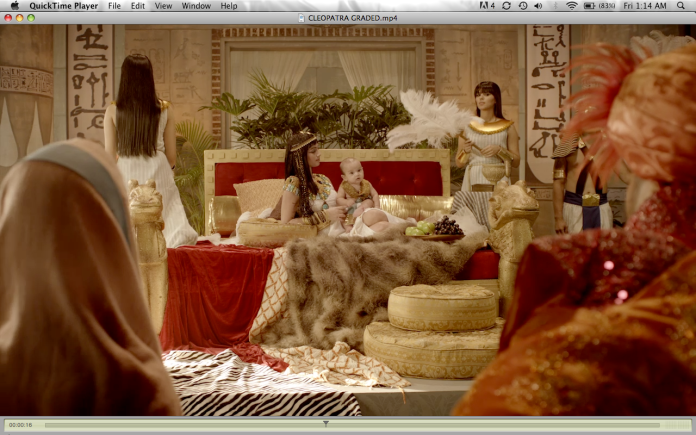 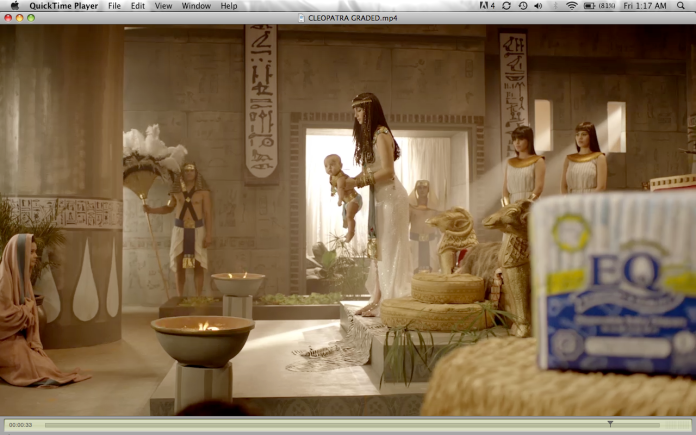 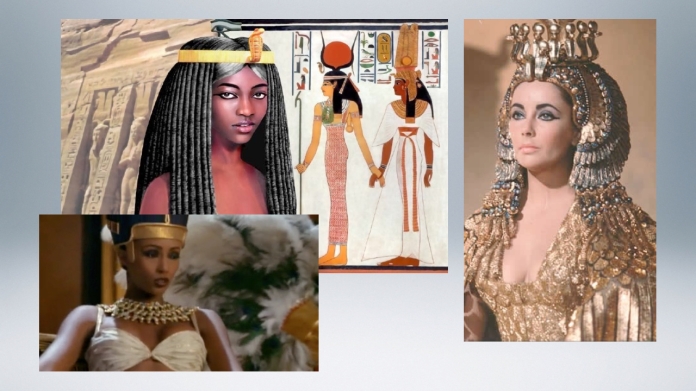 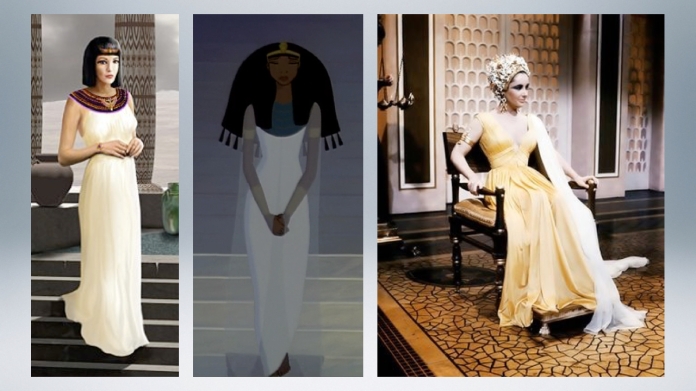 carlo tabije, my stylist, designed these costumes for the shoot 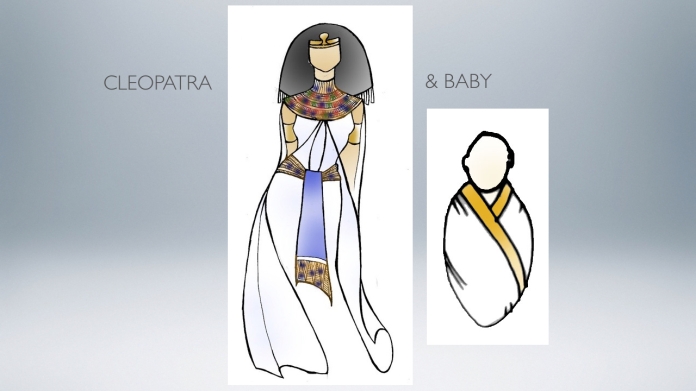 too bad i wasnt able to take a photo of cleopatra standing up to show her full costume. 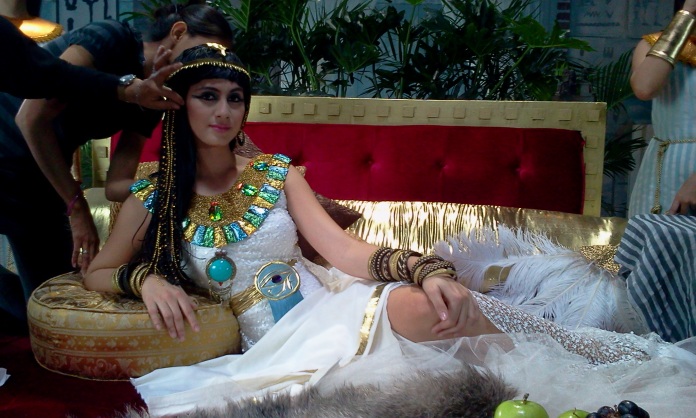 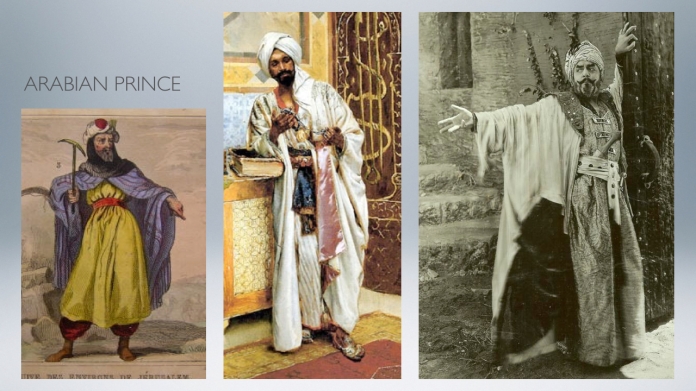 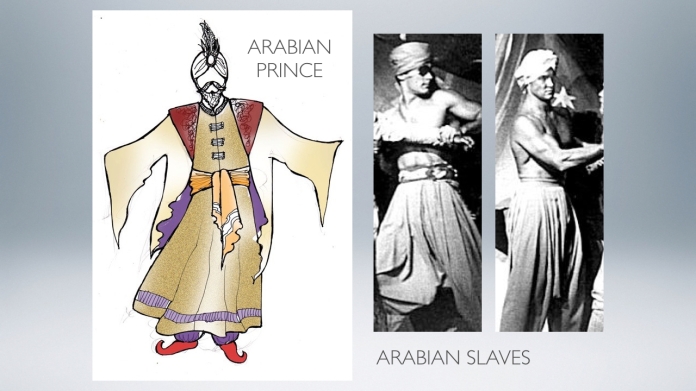 when we saw this richly textured fabric in divisoria for the arabian prince’s costume, we just went nuts and knew this was it. 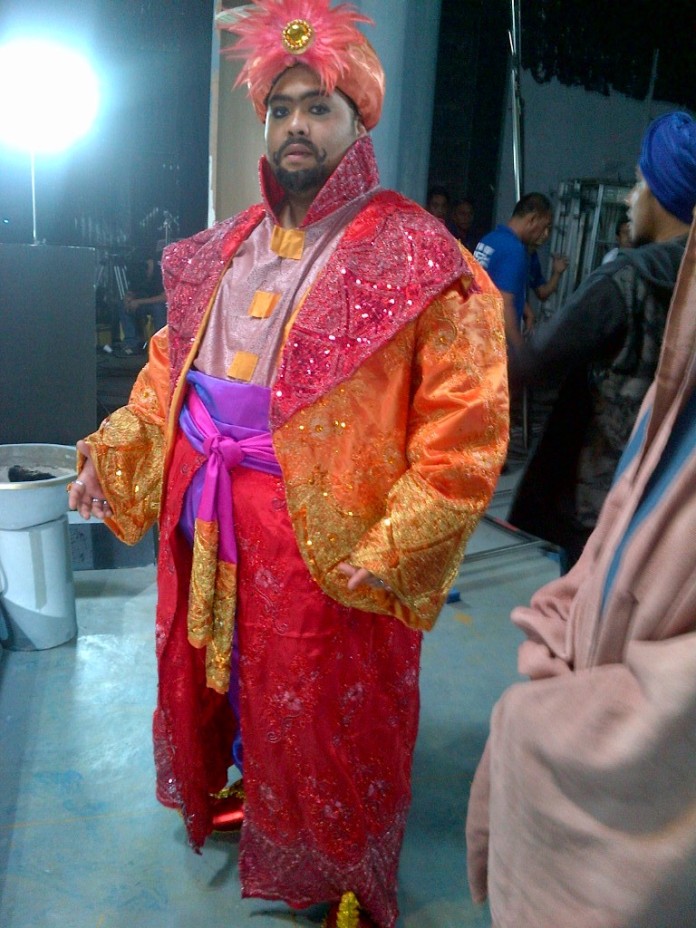 yes, arabian slaves. a lot went on behind the scenes between these two 😉 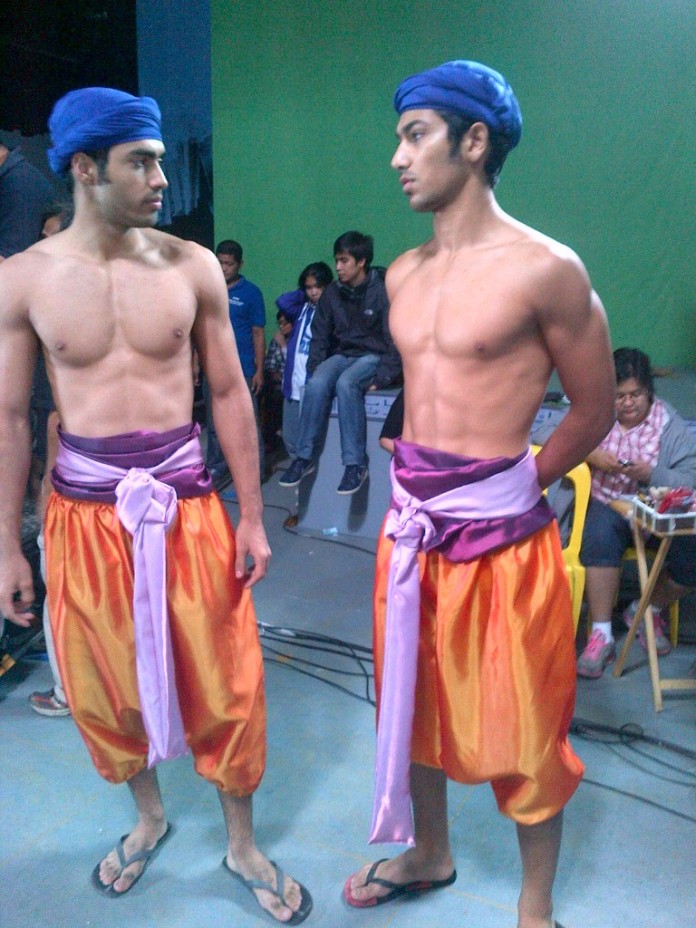 the hebrew woman’s shroud is actually a blanket, chosen because it had great texture. carlo then dyed and bleached it to this color. she’s actually wearing an inner robe but we’ll never get to see it. 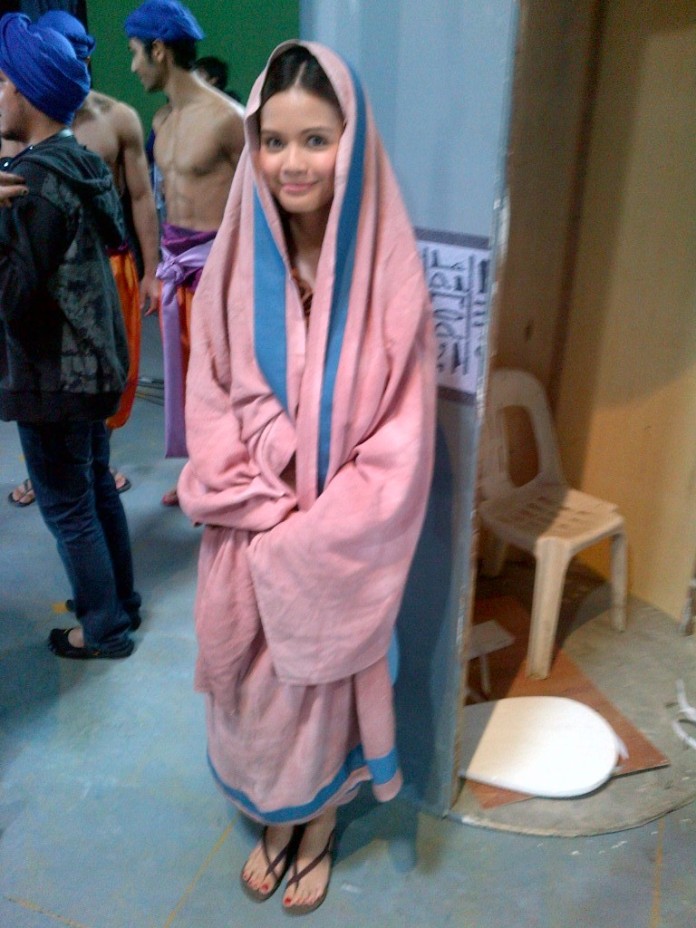 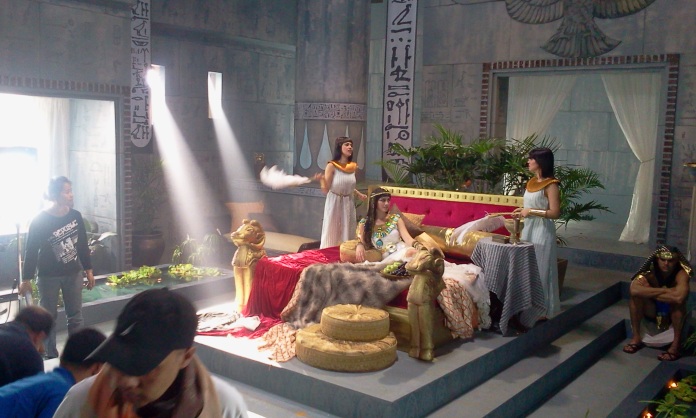