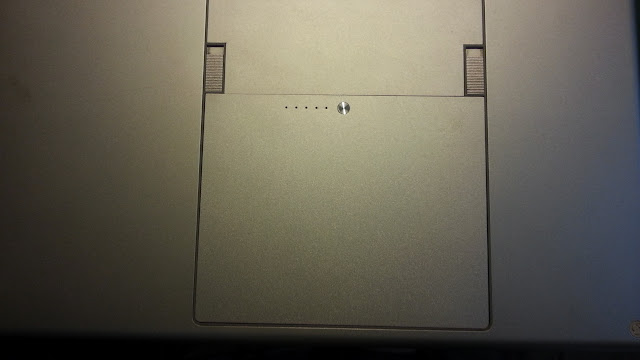 the order from amazon.com took a week to be delivered to johnny air cargo in new york and another week and a half to get to makati (they do have a megamall branch but i had my reasons). got news yesterday while watching the oscars that my package had arrived so i rushed to makati after a meeting with my artdeparment and setmen at home.

i had to purchase additional stuff at cd-r king (a set of screwdrivers) and a 2.5 hd enclosure for when i will be cloning my current harddrive. it took about 2 hours to format my new ssd (zeroed out) and another 3 hours to clone.

i first popped in the additional ram and the effect was already evident. from the original 3Gb ram, i was now running on 6 (a 4gb card and a 2).  programs ran smoothly and animations were definitely spritely. there was almost no need to actually replace my hard drive! so maybe i really just needed new ram haha 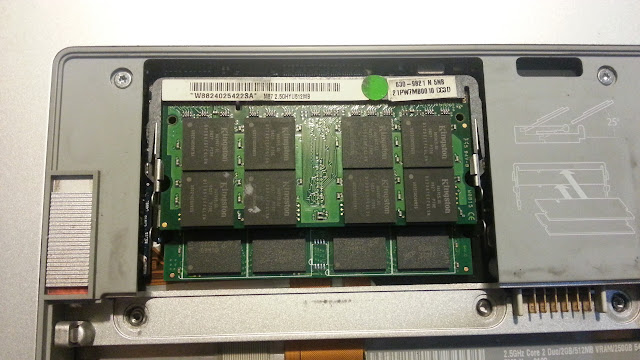 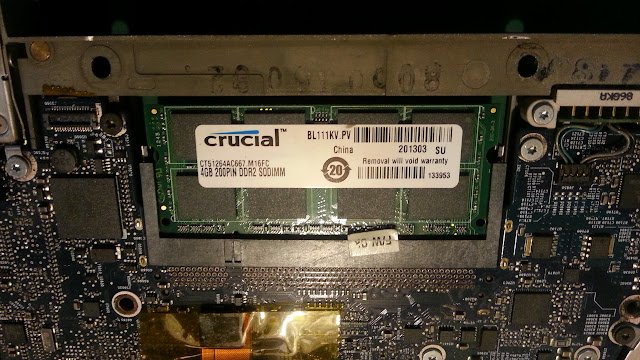 then proceeded to install the hdd. took out all the other screws, popped up the keyboard cover and followed ifixit’s instructions on how to replace the hd. et viola! 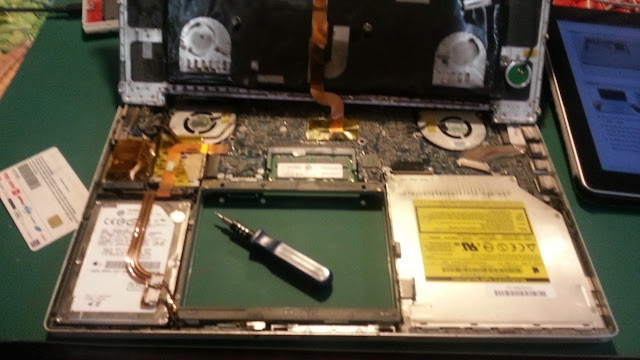 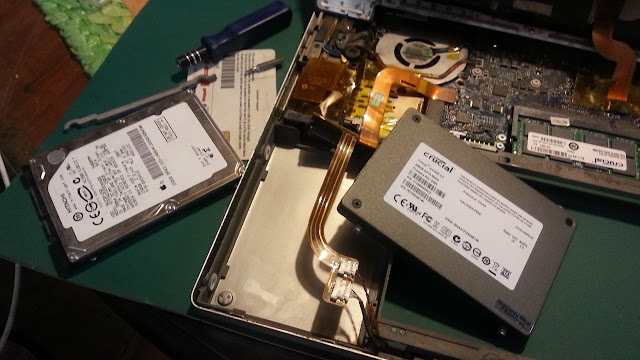 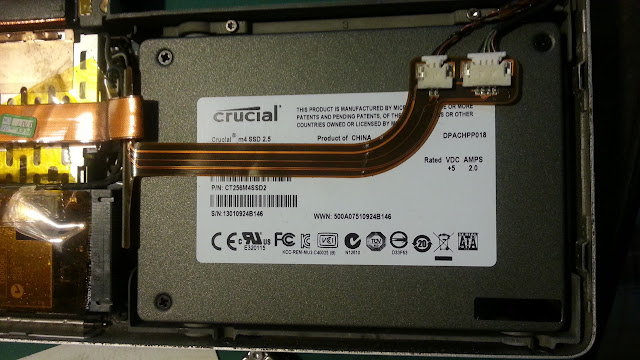 and here is the new luna 😉 my boot up time from 1 minute 40 seconds is now down to 30 seconds only! and everything is running like the unit was brand new 😉 wohoo! im soo happy i decided to do to this. and it cost me around a fourth of the brand new model prices, including taxes and shipping. im hoping this would give me maybe another 5 years of working and playing and surfing around with luna before she kicks the boot. 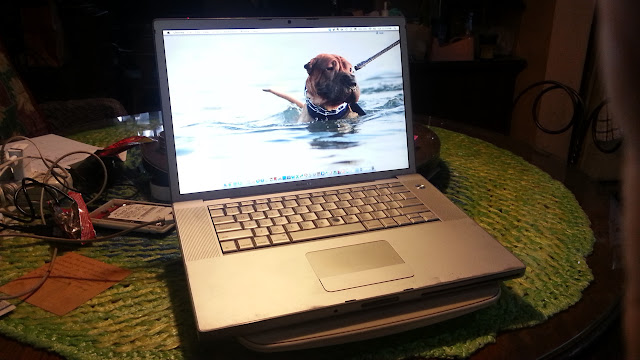 and she got a new laptop case i bought for her in cambodia 😉 awesome! 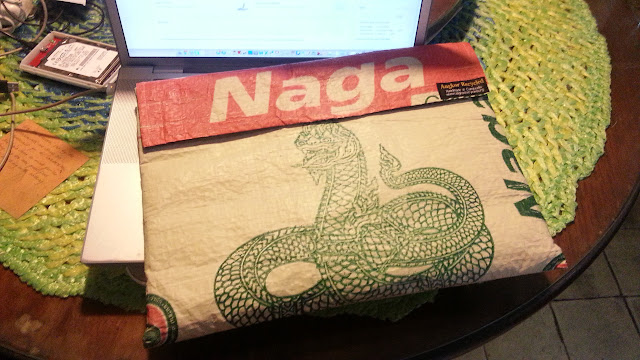 and this is perhaps the greenest i could do to a machine. technology is accelerating at a mind boggling speed we’re always left behind. i bought luna in 2008 and  i was caught by surprise when two months after, the unibody was released. every year thereafter a new and improved model was pushed down our throats, same with the phones and the tablets. capitalists also push us to prefer the latest hottest model when in fact our old machines still do the job. ive already addressed the weight issue by buying a trolley bag (i always look like im off to the airport or something) or using the ipad for presentations. maybe ill look at the air again, maybe ill get the retina display mbp later on but my luna still does the job and the screen is still really awesome, even carlo with his mb 13″ unibody glossy screen agrees.

save the earth! reuse, reduce, recycle.

up next for replacement is luna’s power cord. wahahaha. 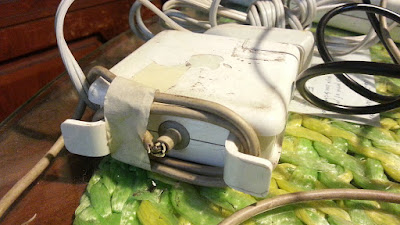