the war museum in siem reap, cambodia, was nothing like the one in ho chi minh in vietnam. it looked like some plantation grove from outside and one could see it was really a war tank graveyard once you get in. 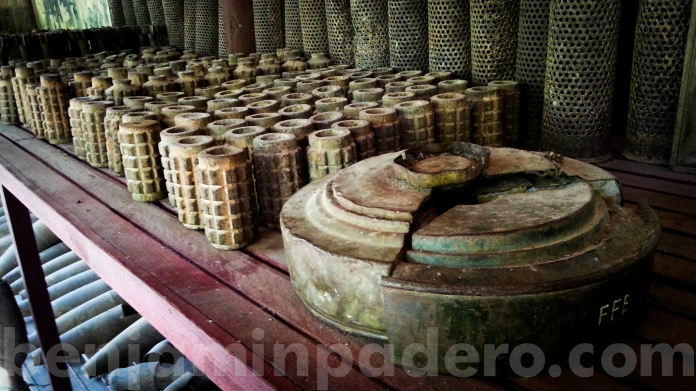 we were met at the entrance by a middle-aged man with a slight limp. he introduced himself as rottana (pronounced rotna) and explained he will be our tour guide. he asked us if we knew about the history of cambodia and clearly we knew very little so he started to explain about his country’s travails much better than any history book would.

basically cambodia was a war state from the 70s up until 2003. the country is still a communist nation and is unwittingly under its neighbor’s shadowy rule. the philippines is no stranger to struggles and wars as we’ve been battling foreign invaders since the 1500s. yet hearing the story of this man made me appreciate our country’s archipelagic geography. we’re not easily reached by hungry, crazy neighbors (except for rich crazy neighbors like japan or faraway crazy epals like spain and the US). rottana explained he’s been arrested quite a few times for speaking about his country, ties with vietnam and how his government runs the country. fearlessly he continues to share things as if he were not under strict censorship. 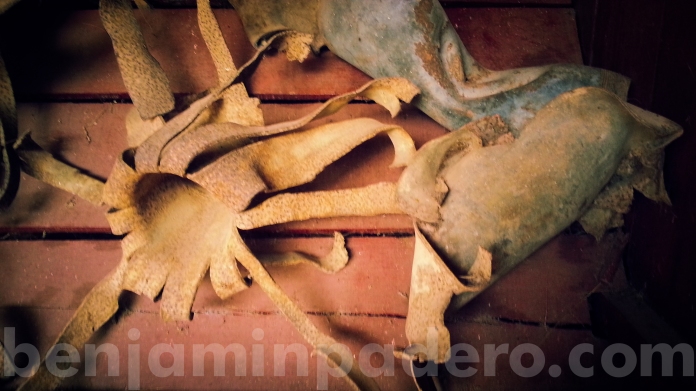 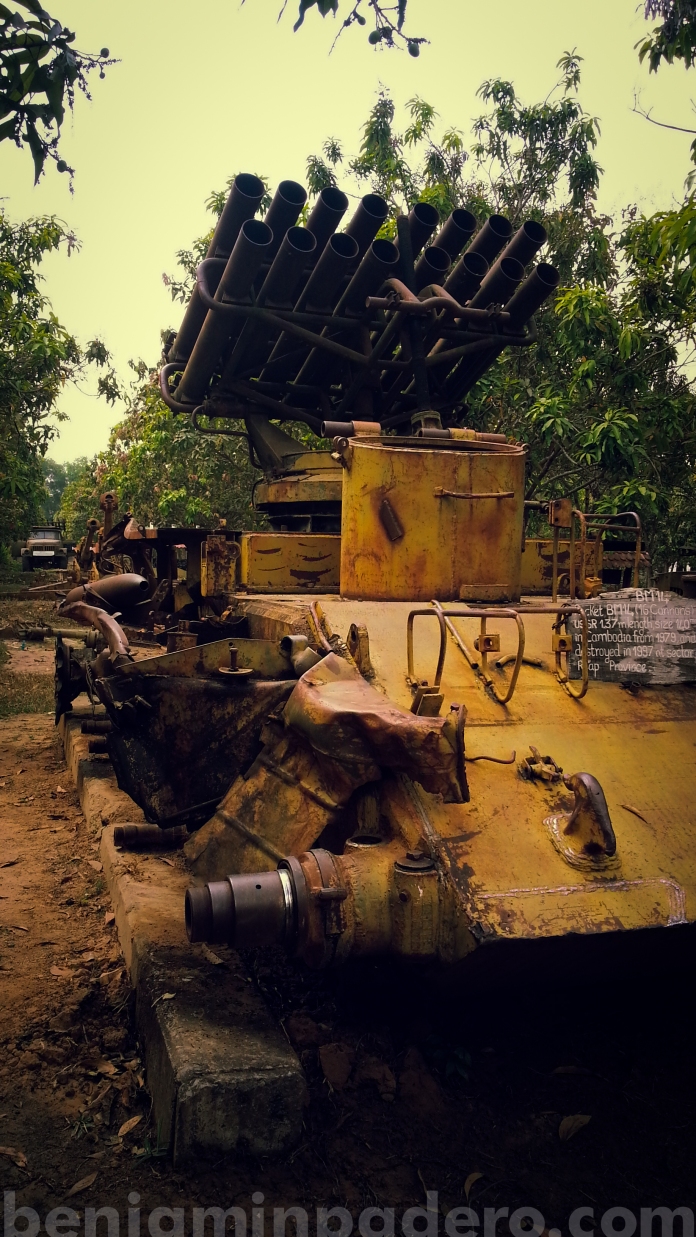 most of the tanks were russian-made. a lot of abandoned tanks were left on the streets after the war. some have already been sold for their metal. sounds family?

rottana also talked about his experiences in the war, how he lost his parents, his siblings and almost everybody he loved. he spoke so matter of factly while we choked trying to hold back our tears. we were too polite to ask about his leg and waited whether he’d show it to us or discuss about it at all. he did. 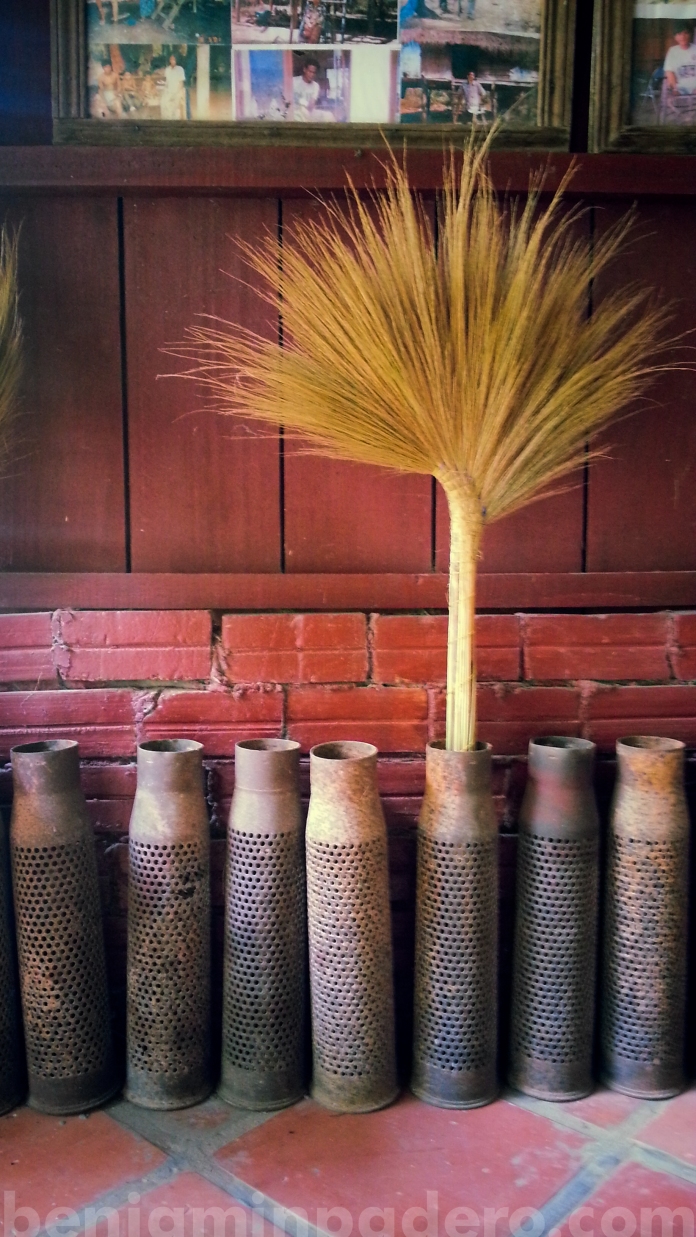 he also worked once in detecting and unearthing landmines. he almost lost his hand, too, that way and had the scars to prove it. although pay was high, he quit after only three months. people like him earn about $23 per month. with the current market prices, it clearly is not enough for him but he loves his job and he loves talking to people. in fact, he laughs a lot and despite his own history, he has a very optimistic demeanor. it is a privilege learning from him. rottana plans to publish a book in a few years so we’ll look forward to that. you may email him at suonrottana@hotmail.com

we missed going to the killing fields but we leave enlightened about the country, its history, and gaining a new perspective of vietnam and the philippines as well. 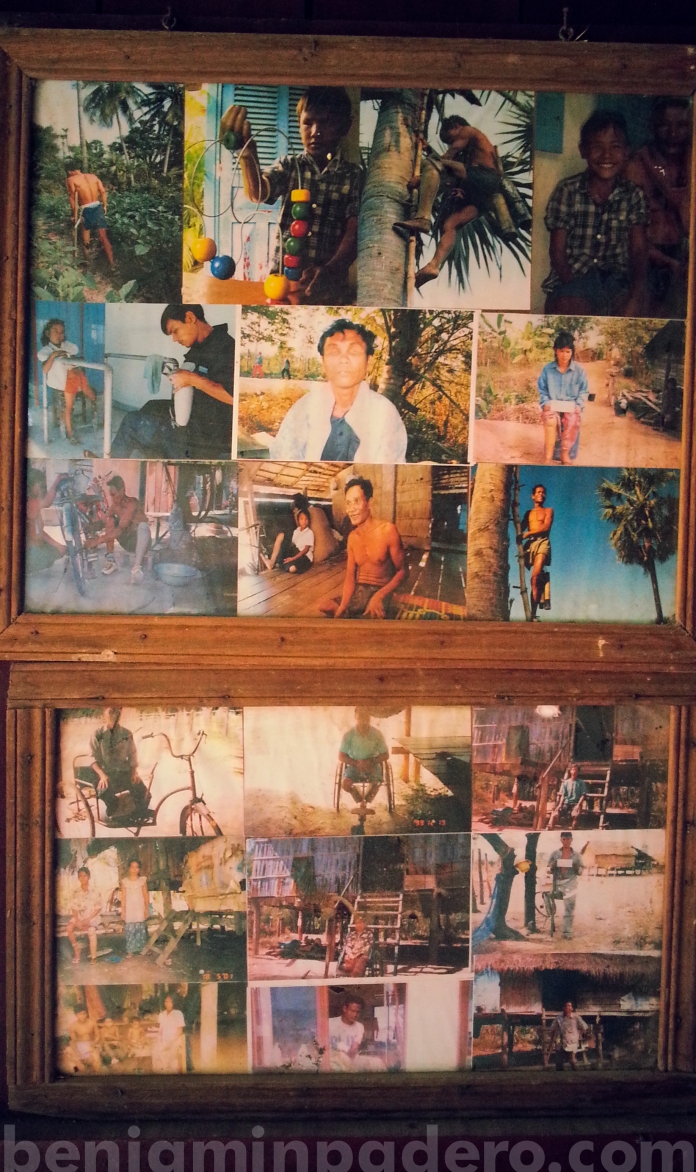 from left to right: ms pines (tatems’ friend), mamati and (my sisters), tita temay, mamayette (my mom), carlo and me. all the photos here were taken using a samsung galaxy note 2, tweaked in photoshop for better contrast, levels and use of filters. cheers