it’s day 9 for our shoot of pepe diokno’s above the clouds with protegé’s ruru madrid and philippine rock legend pepe smith. we started with about 5 days of shoot in baguio before moving to sagada, also in the mountain province. altitude in baguio is about 1600 meters and attitude is ubber cool. temperature during the day is about 22 deg celsius and evenings drop to 14 although it felt more like 10 degrees. 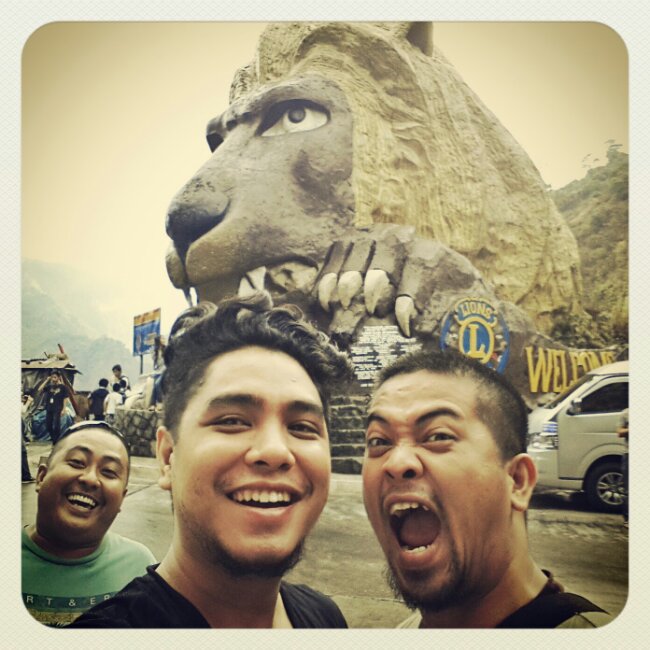 One thing i love about pd work with locations is that we get to go ahead of the team and sometimes make stops when we like, like taking a photo at the famous Lion head along the highway. With carlo and me is ramon recana, art director.

One of our main sets in baguio was pepe smith’s character’s house. It had to look rundown and textured and his emotions are boxed up in storage for a later reveal. It was challenging not to go overboard with the clutter and it was fun shooting in that location in camp allen, not to mention it wasnt as cold as shooting the exterior scenes at night.

Photos from home used as a prop. At the upper left corner is a photo of my sister, tina, when she was about 3 years old.

Me standing in so i could have this shot

Director Pepe Diokno takes a break on our set

first time for us to work with Pepe Diokno, who directed his first film Enkwentro that got him the Lion of the future award in 2009 at the venice film festival. This would only be his second film and we’re thrilled to be a part of it. Producer bianca balbuena was the one who brought us into the project along with the motley crew from jerrold tarog’s other films: ben tolentino (script con), nicholas varela (sound recordist), cris aquino (ad), and on-set mascot oniel parker (pm). First time to also work with dop carlo mendoza, tonee acejo (lp), mark locsin (sound recordist and engineer), and a slew of others.

This man is a revelation. Pepe Smith on his guitar between takes.

currently we are now in sagada prior to climbing mt pulag. really enjoying the shoot. I thought id freeze to death in the mountains but i slowly adjusted to the weather and im enjoying the company of friends. It’s true you’ll never have to work a day in your life if you enjoy what you’re doing, like art directing the forest and designing for a film about a boy orphaned and finding where his home now lies above the clouds.